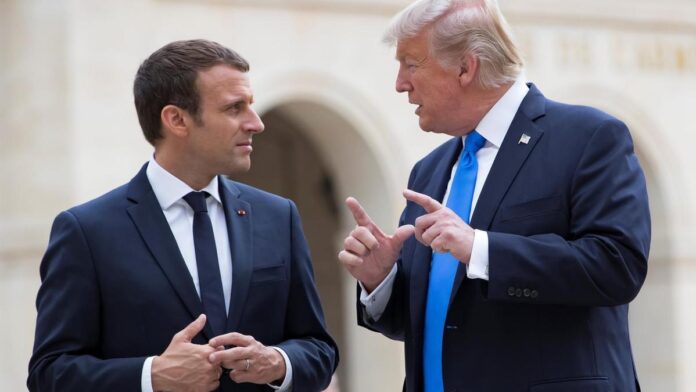 An Iranian lawmaker says France is trying to keep US President Donald Trump satisfied by calling for extensive monitoring of Iran’s missile program, which is a red line for Tehran.

Referring to recent statements by French President Emmanuel Macron, who called for international monitoring of Iran’s missile program, Iranian MP Ezzatollah Yousefian Molla said, “In the same statements, Macron called for maintaining the nuclear accord and stated that it is a strong international treaty.”

“Macron knows the JCPOA is one of the most credible international treaties, and in addition to several European countries, important countries such as China and Russia are part of it, so the deal cannot be regarded as an ordinary one and cannot be easily challenged,” added the senior legislator, according to a Farsi report by ICANA.

The reason why Macron expressed support for the nuclear deal and at the same time talked about the necessity of holding talks on Iran’s missile program is to keep the US satisfied, he added.

“Recently, the French officials have had several meetings with the American side, and this shows that Paris and Washington are pursuing new policies, and proving that their relations have grown in comparison with other European countries.”

“Therefore, Macron has to always keep Trump satisfied and give Washington concessions. Talking about monitoring Iran’s ballistic missile is in line with this policy. Otherwise, the UK has never asked for permits to build its VTOL aircraft, or France has not asked for authorizations to build its Mirage squadrons,” noted Yousefian.

Regarding Macron’s statements on holding regional negotiations for security in the Middle East, he pointed out that “Certainly, these negotiations will take place with the participation of their allies and will not yield any results.”

“As we know, the NATO countries do not move in the same direction these days and there exists differences among them. Therefore, holding negotiations that can bring these countries at a table is almost impossible, and such attempts to hold talks is merely a political show,” concluded the Iranian lawmaker.

Macron said on Tuesday that Iran’s ballistic missile program must be placed under international surveillance. He also stressed preserving the nuclear deal that Donald Trump has threatened to scrap.

With the 2015 deal put in jeopardy by the US president, Britain, France and Germany are working on a plan to address Iran’s ballistic missile tests and its regional influence.

“And (we need) to put Iran under surveillance over its ballistic missiles. It’s indispensable for the security of the region and so we need a mechanism of sanctions and control adapted to that,” Macron told reporters.

While Iran signed the nuclear agreement – which it has repeatedly announced is for peaceful purposes only – it has repeatedly refused to discuss its missile program, something the United States and the Europeans have called for.

Iranian Deputy Foreign Minister Abbas Araqchi said on February 8 that the West must ensure the nuclear deal succeeds before trying to negotiate other issues.