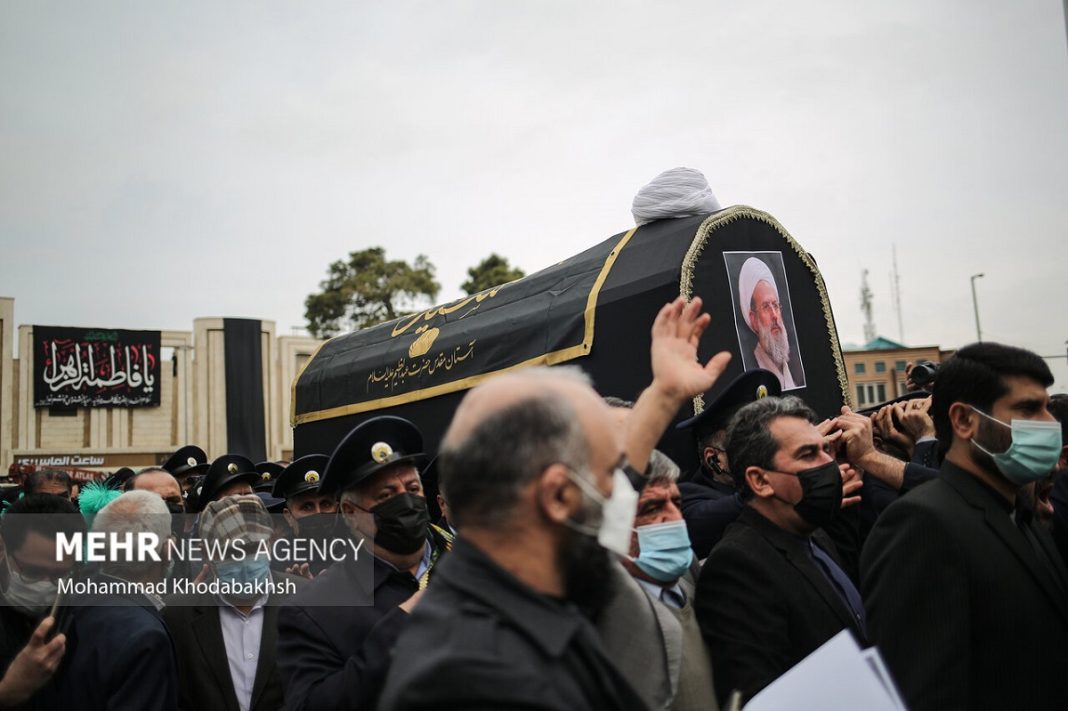 The body of the former Iranian intelligence minister and member of Assembly of Experts, Ayatollah Mohammad Mohammadi Rayshahri, was laid to rest at Shah Abdolazim Shrine in southern Tehran, after a funeral procession on Thursday.

The ceremony was attended by government and military officials as well as religious scholars and clerics, besides ordinary people.

Rayshahri was born in 1946 and was actively involved in Iran’s Islamic revolution of 1979 and held several senior positions in the country after the revolution.

Among his most important positions were Iran’s Prosecutor General and Prosecutor of the Special Court for Clerics before appointment as Iran’s first intelligence minister in 1984.

In his later years, he served as the caretaker of Shah Abdolazim Shrine and was elected in the Assembly of Experts.

He was also a member of the Expediency council and served as the leader’s representative in Hajj affairs, among others.

He passed away after a period of illness and hospitalization on March 21.