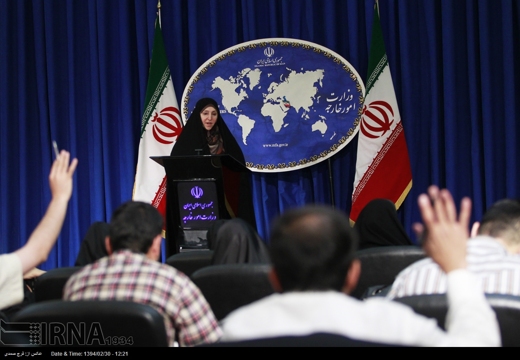 An investigation should be launched as to who released the news on a trip by a Taliban team to Iran and what information they based their story on, Afkham said.

Foreign Ministry Spokeswoman Marzieh Afkham said Wednesday that she was not aware of any visit to Iran by a Taliban delegation.

[Her comments came a day after Tasnim News Agency released an exclusive report on the arrival in Iran of a Taliban delegation to hold talks with security officials.]

An investigation should be launched as to who released the news and what information they based their story on, Afkham said.

On the ship carrying Iran’s humanitarian aid to Yemen, she said the move came in coordination with UN officials and that any measure in violation of such coordination is bound to draw reaction from several international institutions.

The Foreign Ministry spokeswoman went on to say that the UN secretary general’s Arab envoy is likely to arrive in Tehran on Thursday.

On Yemen and a call by the Houthis that Tehran should be a party to future talks to settle the country’s crisis, she said Iran was among the first countries to underline a peaceful solution to the Yemeni crisis and now spares no effort to advance the talks. “But that does not mean Iran will participate in the negotiations.”

And on the case of two Iranian teenagers assaulted by Saudi airport officers, she said the case of the Saudi officers has been referred to a council in charge of implementing judicial verdicts.