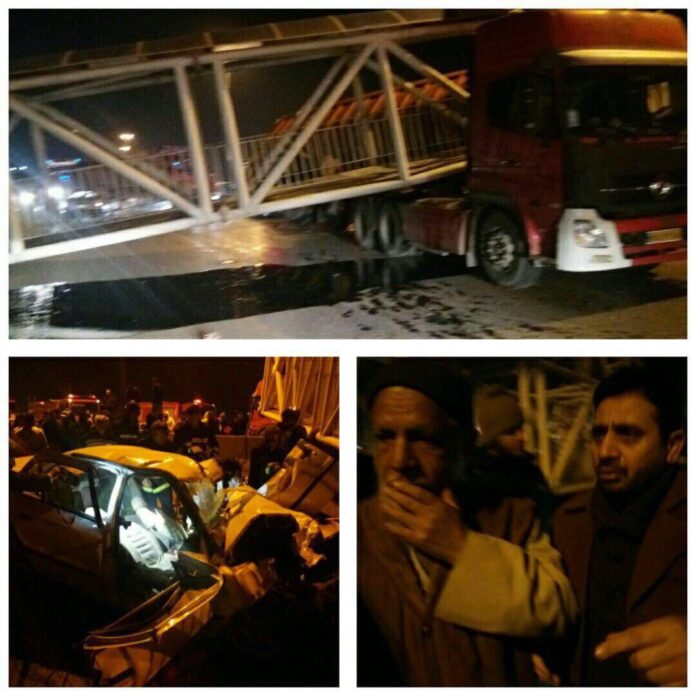 Two people were killed and three others injured when a pedestrian bridge in Pakdasht, south of the Iranian capital, fell down after being hit by a lorry.

The lorry driver whose car crashed with the bridge and caused its collapse is now under arrest, according to the prosecutor of Pakdasht.