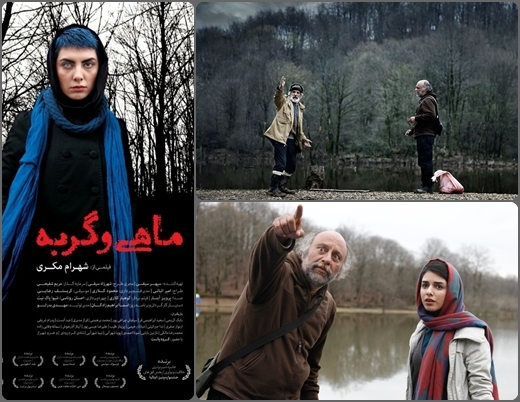 Fish and Cat, directed by Shahram Mokri, was screened in different US states in 2015, in film screening sessions with the collaboration of the Museum of Modern Art. The Chicago Reader, a major source of Chicago criticism, announced Fish and Cat as their best film in 2015.

Shamsi Ranjbar wrote in Shargh (a Farsi newspaper) that Fish and Cat had managed to push Mad Max down to 7th place, while according to most American news outlets, it was the number one movie of the year. A film from the French director André Téchiné, as well as David Gordon Green’s latest movie starring Al Pacino couldn’t compete with Fish and Cat. Shahram Mokri and his film appeared in multiple American headlines. Papers like the New York Times, the Washington Post and the Hollywood Reporter all reviewed the movie positively. Ben Sachs, a critic fromthe Chicago Reader, calls Fish and Cat a single long shot, but doesn’t praise the movie only for this characteristic. He says that the movie, with its numerous flashbacks and flash-forwards, represents intergenerational strife in Iran, while also referencing American slasher-style films. He calls it a movie worth revisiting endlessly.

A slasher movie is a type of horror or thriller movie in which a murderer, often psychologically disturbed, kills a number of victims, usually making use of sharp objects such as switchblades, hatchets, cleavers, or even kitchen knives. The best movies of the genre include Alfred Hitchcock’s Psycho and John Carpenter’s Halloween.

Fish and Cat was screened in May last year at Razi University in Kermanshah Province. Shahram Mokri told Shargh newspaper, “It was very satisfying for me, because I managed to screen the film in Kermanshah for an audience I love. They were very appreciative, and I was very happy about it. Now, when I return to Tehran, I’m happy to be able to say that Fish and Cat was screened in my home city.”

The plot of Fish and Cat

The plot of the film is non-linear, and includes smaller cyclical sub-narratives. Some male and female students travel to the north of Iran to participate in a kite-flying festival. Next to their camp, there is a restaurant where three men live. The restaurant is short of meat, and these young students end up in danger of becoming the next meal. The script was based on a real-life story from the year 2000, when a roadside restaurant was serving minced human flesh. This story was the source of inspiration for Shahram Mokri’s 2015 award-winning movie.

The entire film takes place in one shot. Shahram Mokri and Mahmoud Kalari, the cinematographer, along with the acting team, rehearsed for one month to be able to record this single shot. The movie was filmed in 2013. Shahram Mokri (born on 17th August 1978 in Kermanshah) is an Iranian scriptwriter, editor and film director. In 2013, the Venice Film Festival awarded Fish and Cat with a special award due to its creative content.