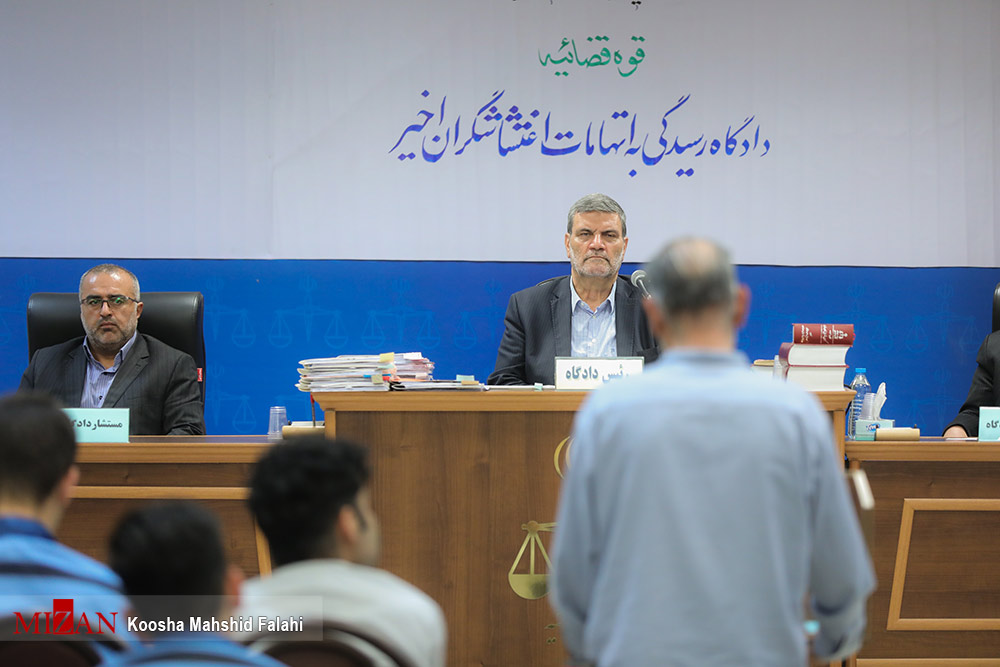 A first hearing has been held in Tehran for individuals suspected of involvement in recent acts of rioting and protests in Iran.

Judge Abolqassem Salavati presided over the first session of hearing in the Iranian capital on Saturday in the trial of six individuals accused of involvement in riots, including Mohammad Qobadlou, who is accused of murdering an anti-riot policeman.

Qobadlou is being tried on the charge of “corruption on earth” for plowing with a vehicle into a group of motorcycle-riding anti-riot forces, killing one and injuring five others.

One other suspect is being tried for carrying and using a firearm and conspiring to conduct criminal activity, and another on charge of “battling God” for using a machete and attacking a governor’s office and setting it on fire.

Others face charges of damage to public property and causing insecurity.

During the hearing session, prosecutors presented their case and victims’ family members and witnesses took the stand.

قشد Prosecution demanded the highest penalty possible for the accused in the case.