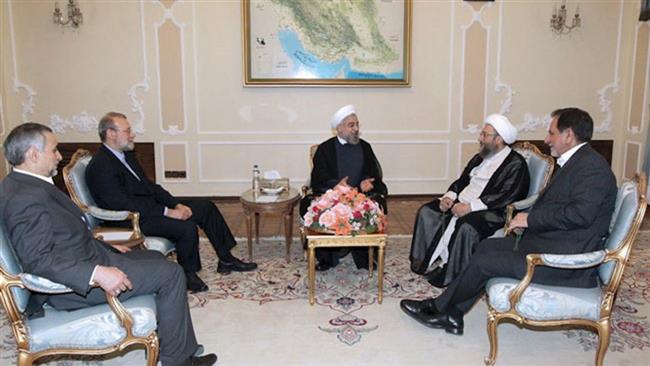 The heads of three branches of the Iranian government have said the potential of regional countries should be tapped into to reduce tension and restore calm in the region.

They stressed efforts to continue dialog and tap into the regional countries’ potential to reduce tension and restore calm in the region, according to a media release by the Presidential Office where the heads of three branches of the government met.

They also called for a complete cease in attacks on Yemen, the dispatch of relief and medical aid to the oppressed Yeminis and the start of the inter-Yemeni negotiations.