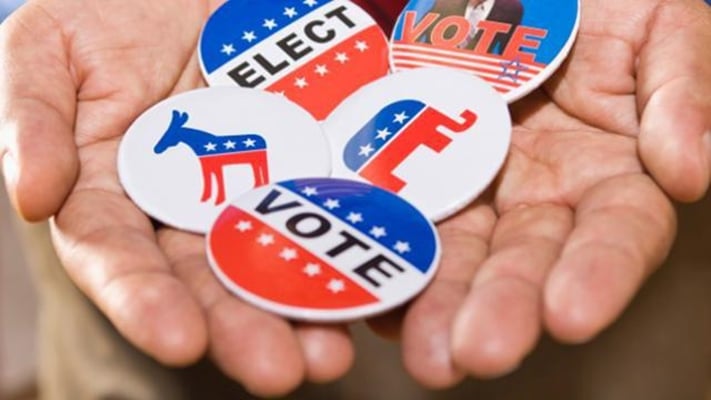 A political analyst says the Democrats are likely to emerge victorious in the upcoming election of the US Congress, but even so, Iran will have the same problems with the Democrats as with the Republicans.

Amir-Ali Abolfat’h, an expert on the US issues, has, in an article published by the Islamic Republic News Agency (IRNA), weighed in on the repercussions of the policies adopted by the Trump administration in relation to Iran.

The analyst said there is no denying that the United States is the biggest economic heavyweight in the world.

“We should accept this bitter reality in the international system – [it is bitter] because we are discontented with it, and we do not have the power to change it, either – like it or not, the United States is the biggest economic power in the world,” said the analyst.

“This country has very high trade figures, so much so that it ranks first or second among exporters, and first, second and third among importers of commodities in the world,” he noted.

Abolfat’h then underlined that the greenback is a strong tool in the hands of the White House.

“After all, the US has a tool called ‘the dollar’ which, as the International Monetary Fund (IMF) says, comprises 65% of the fund’s reserves, and most businessmen and companies around the world have to directly or indirectly use the financial system regulated by the dollar or by American banks,” he said.

“Therefore, if this country (the US) decides to slap sanctions on another country, lawfully or unlawfully, no country or even no economic bloc comprised of a number of countries can withstand this pressure,” he said.

The analyst was asked whether certain countries would ask the United States to exempt them from imposing sanctions on Iran. In response, he said, “If [you see that] the Europeans put pressure on the US in the 1990s and secured some exemptions against Cuba and applied them to Iran later on, it was because there was a government in power in the US which believed in globalization, the opening up of borders, formation of large coalitions and winning the support of its allies due to business, and which did nothing to dismay its allies,” he said.

“But now, a government has come to power in the United States which is extremely nationalistic and against globalization, and advocates the policy of protectionism, and this administration not only does not agree to offer exemptions on Iran, but also has entered the largest trade war in history in its trade relations [with other countries],” he said.

The analyst noted that the Koreans and Chinese have problem selling their commodities on the US market today, which means Washington is highly unlikely to offer any exemptions to them.

He underlined that the world is facing a trade war between economic giants today.

“Every step that Trump takes is not only aimed at making Iran change its behaviour, but also aims to harm the economic situation of Europe, China, South Korea and Japan. Under such circumstances, Europe will do something if it can to secure exemptions for its commodities,” he said.

He said the United States will not become concerned when a refinery in South Korea or Japan is damaged.

“Today, there is a row going on over some 30 to 40 million dollars in tariffs imposed by China and the US, and Iran’s oil sales are not much of a concern here. It’s not that these countries are not making any efforts, but the point is that their voices are not heard in Washington because gone is the era of Clinton when the US paid attention to globalization,’ he said.

The analyst was asked whether or not the trade war between the United States and economic heavyweights would create some breathing room for Iran. In response, he said, “such measures could result in breathing room for countries other than Iran, but our problem is that conducting any deals with our financial system is liable to heavy fines,” he said.

“In recent years, there were banks which would make between $200 million to $300 million from their transactions with Iran. These banks paid 6-7 billion dollars in fines. And it was they themselves who agreed to pay the fines in order to ward off heavier penalties as the fines could even reach $20 billion,” he noted.

He underscored that Washington’s decision to sever Iran’s sources of income will be problematic for the country.

“Unfortunately, the United States’ steely resolve to cut off Iran’s financial resources will create serious problems for us because it is not only the oil sales issue; [US moves] will also disrupt oil transfer. Although the National Iranian Tanker Company has the largest network, we should also take into account the issues of insurance, offering services and permission to unload at ports as well. Few ports will risk permitting that,” he said.

“Given that Iran is has a special situation, it will not benefit from the trade war between the United States and its partners, and if the sanctions are re-imposed, these offenses and [the fear of] being cut off from the US financial network will convince others not to risk entering the Iranian market,” said the analyst.

He also touched upon the future of Russia and China’s transactions with Iran.

Currently, everything is shrouded in secrecy. Officials have announced that they have adopted measures. But as for China, general rules apply. The Chinese would not compromise their 700-billion-dollar trade for conducting trade with us. Of course, we have peace of mind as far as governments are concerned as they support us in official statements; however, it is the companies and the private sector that should operate in Iran, but they don’t,” he said.

He noted that North Korea is more beneficial to China than Iran is, saying, “China finally succumbed to the sanctions on North Korea. As for Iran, which does not fall within China’s security domain, it would be unlikely that Beijing would do something for Iran that they didn’t for North Korea.”

He then referred to the forthcoming US Congress elections.

“Estimates show the Democrats are more likely to win in the House of Representatives than in the Senate, and the Democrats will most probably be in control of the House after November; but we shouldn’t forget that if both chambers of Congress come under the Democrats’ control, although it may increase the president’s internal problems and make him turn his attention to local issues, there is not difference between the position of Trump and the Democrats except on the Iran nuclear deal.”

“Even if Clinton had won the election, the JCPOA would have most probably been preserved, but the same pressures would increase [on Iran] over the missile issue as well as regional issues because in the eyes of the US, the regional issues related to Iran are not partisan issues to make us happy; so, we would definitely have the same problems with the Democrats [even if Democratic nominee Hillary Clinton had won the presidential election].”

“In fact, as long as issues are not settled at the macro-level, meetings between governments will not be very effective as it has been the case over the past forty years. So, pinning our hopes on the possibility of the Democrats winning the election will not solve our problems,” he said.