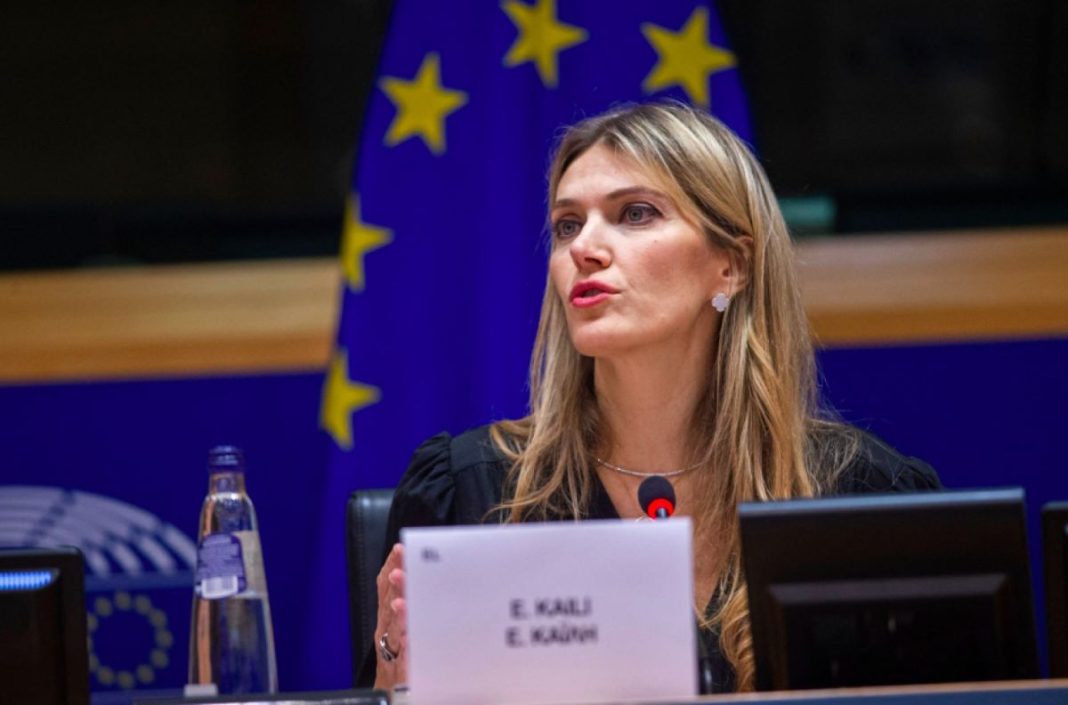 The European Parliament has voted to dismiss its vice president over claims that she took bribes from an unnamed Persian Gulf country.

The EU Parliament voted earlier on Tuesday to strip Greek Socialist MEP Eva Kaili by 625 to one of her vice president role after Belgian prosecutors arrested her on suspicion of corruption.

The parliament’s president, Robert Metsola, a Conservative MEP, called the vote after reaching an agreement with leaders of the parliament’s major political groupings.

Kaili is one of six people detained by Belgian prosecutors last week on suspected corruption claims.

A judicial source told AFP that Belgian prosecutors had found “bags of cash” in Kaili’s home, leading a Belgian source to strip her of parliamentary immunity.

Kaili’s lawyer, Michalis Dimitrakopoulous, denied the claims and said his client was “innocent”.

“She has nothing to do with Qatar’s bribes,” Dimitrakopoulous told Greek TV channel Open TV, adding, “I am not confirming or denying. There is confidentiality. I have no idea if money was found or how much was found.”

The police carried out 16 raids in the Belgian capital, seizing more than $600,000 in cash, IT equipment, and mobile phones.

The highly sensitive investigation has been carried out in secret since July, with authorities looking into corruption and money laundering.

According to Le Soir, the authorities arrested four Italians on Friday: Pier-Antonio Panzeri, a former MEP; Luca Visentini, the current head of the International Trade Union Confederation; the head of an NGO, and an EU parliamentary assistant.

In the lead-up to the World Cup, Kaili had visited Qatar and said it was a “front-runner in labour rights” amid concerns about worker rights abuses.