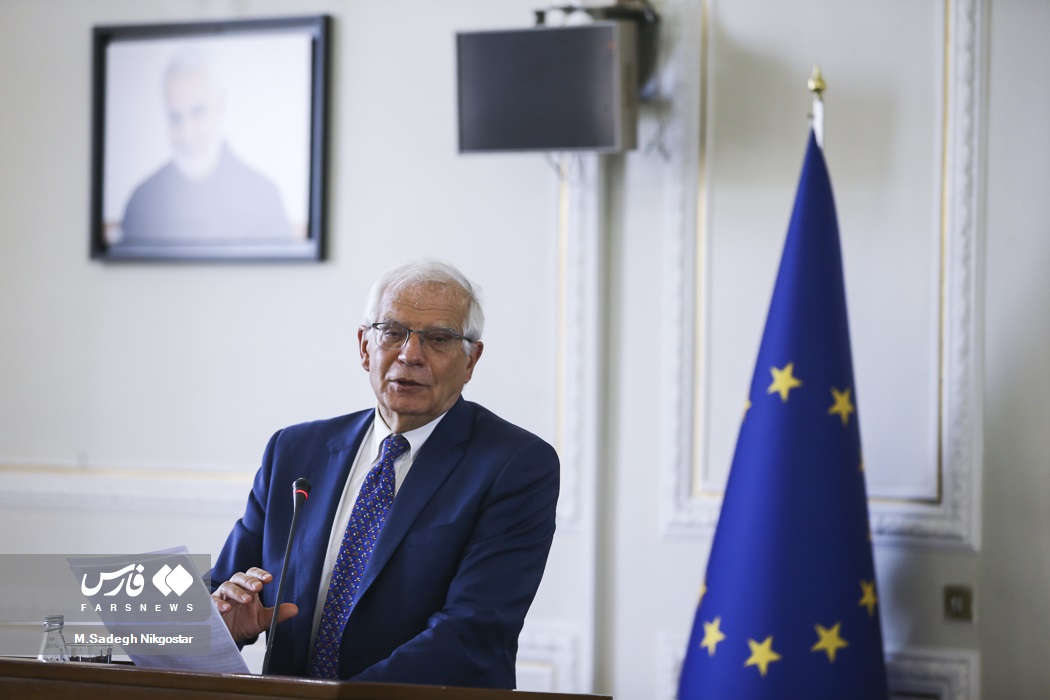 The European Union’s Foreign Policy Chief Josep Borrell says there is no alternative to the 2015 nuclear deal, which was unilaterally abandoned by the United States in 2018.

“I still believe that when it comes to nuclear non-proliferation, there is no alternative to the Joint Comprehensive Plan of Action (JCPOA). Those who think otherwise simply fool themselves,” Borrell noted in a blog post on Friday.

He added he would “continue working towards restoring the JCPOA based on the results of the Vienna negotiations.”

The top EU diplomat stated he held “long” talks with Iranian Foreign Minister Hossein Amirabdollahian on the sidelines of the Baghdad Conference ll in the Jordanian capital of Amman on Tuesday.

“I also stressed that bringing the JCPOA back to life does not happen in a strategic vacuum. It is part, a key part, of a broader picture,” he underscored.

In the Tuesday meeting, Borrell told the Iranian foreign minister the JCPOA and relevant negotiations were separate from other issues on the agenda of both sides.

Borrell also underlined the bloc’s resolve to advance the Vienna talks and bring them to a conclusion.

The talks to salvage the JCPOA kicked off in the Austrian capital of Vienna in April 2021, with the intention of examining Washington’s seriousness in rejoining the deal and removing anti-Iran sanctions. The negotiations have been at a standstill since August due to Washington’s insistence on its hard-nosed position of not removing all the sanctions that were slapped on the Islamic Republic by the previous US administration. Iran maintains it is necessary for the other side to offer some guarantees that it will remain committed to any agreement that is reached.