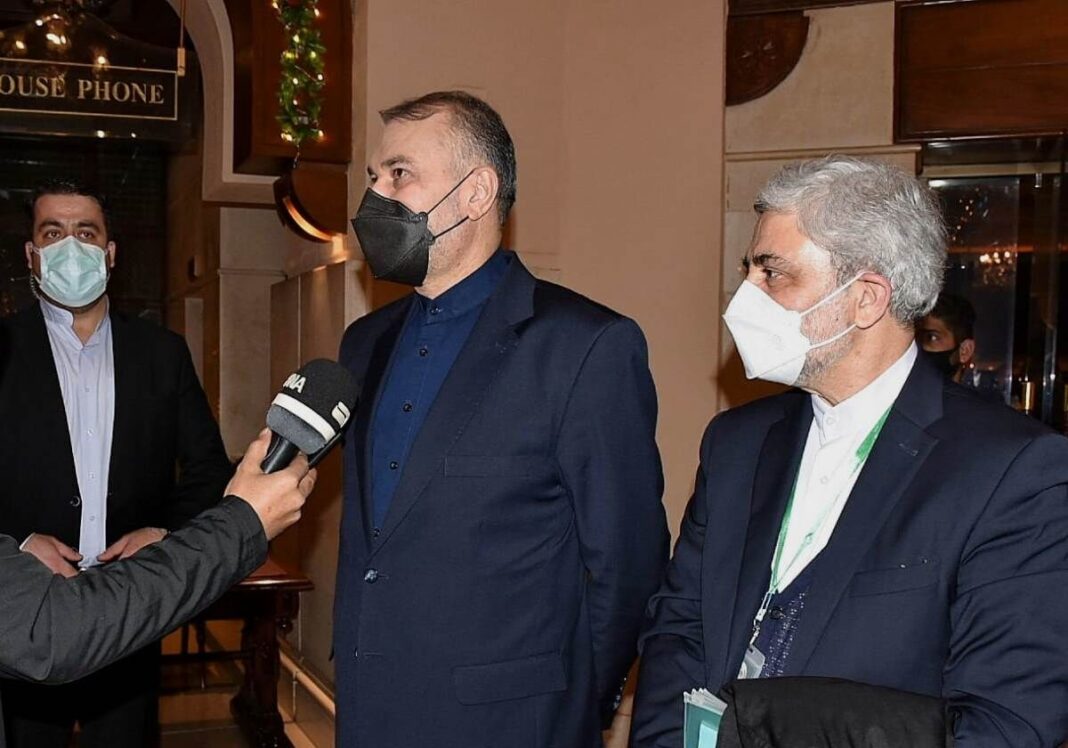 Iran’s foreign minister has reiterated that the solution to the Afghanistan crisis is to establish a broad-based government there.

“The key solution is to form an all-encompassing government with the participation of all Afghan groups, and this message should be reflected, with one voice, to the international community and the temporary ruling elite in this country,” said Hossein Amir Abdollahian upon arrival in Pakistan’s capital, Islamabad early Sunday.

He then touched upon a foreign ministerial meeting of the Organization of Islamic Conference (OIC) to be held in Islamabad.

“The extraordinary foreign ministerial meeting of the OIC mainly focuses on Afghanistan developments on which, and on whose relevant events Iran has some concerns,” the top diplomat added.

He said growing terrorism and the increasing number of Afghan migrants and refugees, who have been flowing into Iran over the past months, are among Iran’s concerns.

He expressed hope the OIC conference will be able to unanimously send a message to the international community and the transitional ruling authority with regards to the necessity of the establishment of an all-inclusive government in Afghanistan.

Elsewhere in his remarks, Amir Abdollahian referred to close and cordial relations between Iran and Pakistan, saying the administration of Iranian President Ebrahim Raisi pays due regard to relations with neighboring countries, including Pakistan.

“The thirteenth administration has a clear plan and road map for further enhancement of ties with Pakistan,” he added.

Amir Abdollahian has arrived in Islamabad to attend an extraordinary foreign ministerial meeting of the OIC, with Afghanistan top of the agenda.