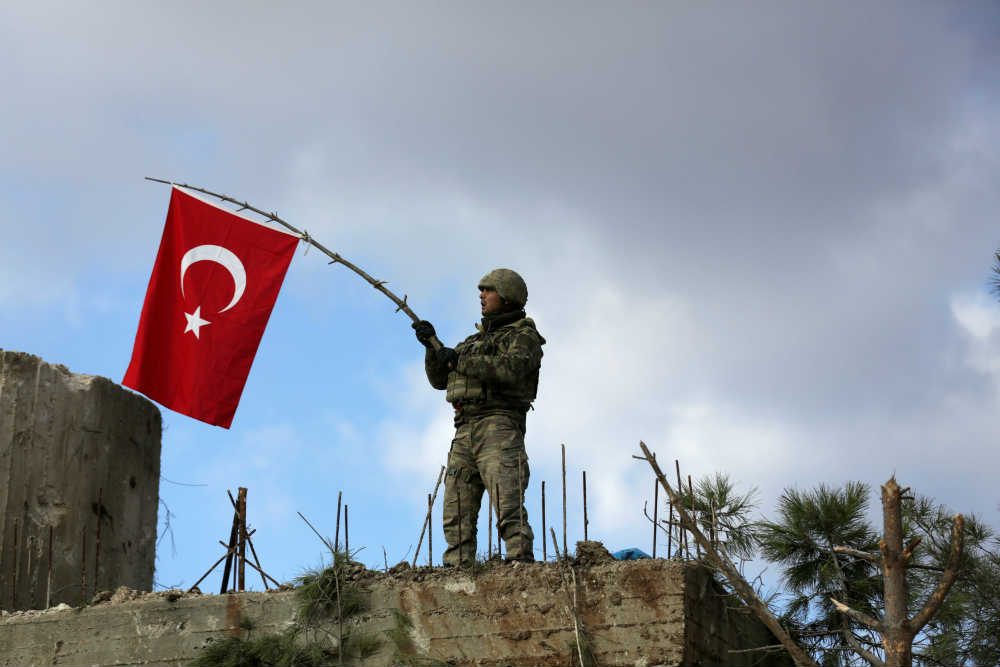 The Turkish troops have entered the town centre at around 5 a.m. local time (GMT0200), according to Anadolu Agency’s correspondents on the ground.

In an hour time, troops entered the town centre from east, west and north sides. During the entrance, some mines placed by terrorists at entry points of the district exploded as the so-called Free Syrian Army fighters advanced into the town centre, it was learned.

Without encountering any kind of resistance, they took complete control of the town centre.

FSA — after taking control of the biggest neighbourhoods Ashrafieh, Jamiliyah and Mahmudiyah in the town centre’s north — advanced to the old bus stop area, according to the correspondents.

The improvised explosive devices (IEDs) and mines are currently being defused. Turkey says it is taking utmost care to not harm any civilians.

According to the Turkish General Staff, the operation aims to establish security and stability along Turkey’s borders and the region as well as protect Syrians from terrorist cruelty and oppression. 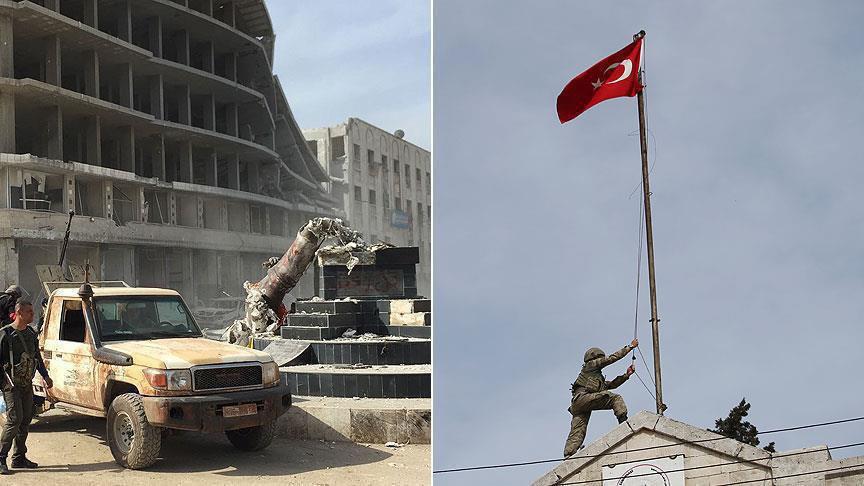