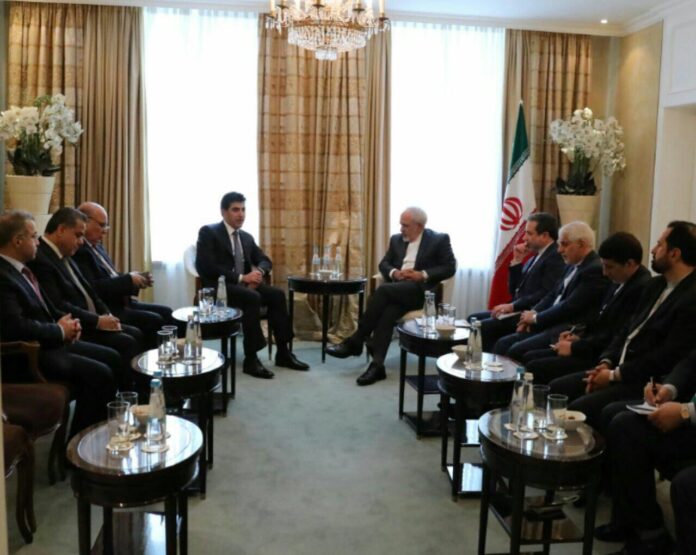 In a Sunday meeting with Iranian Foreign Minister Mohammad Javad Zarif in Munich, PM Barzani sincerely thanked the Islamic Republic for its support for the Iraqi Kurds.

He also noted that Erbil is developing a new protocol with the aim of expanding its relations and cooperation with Iran.

Zarif, for his part, called on the KRG officials to put harder efforts into resolving the problems that Iranian companies working in the region are struggling with and provide them with further facilities.

During the meeting held on the sidelines of the Munich Security Conference, the two sides also conferred on a number of issues including expansion of bilateral relations, especially in economic field.