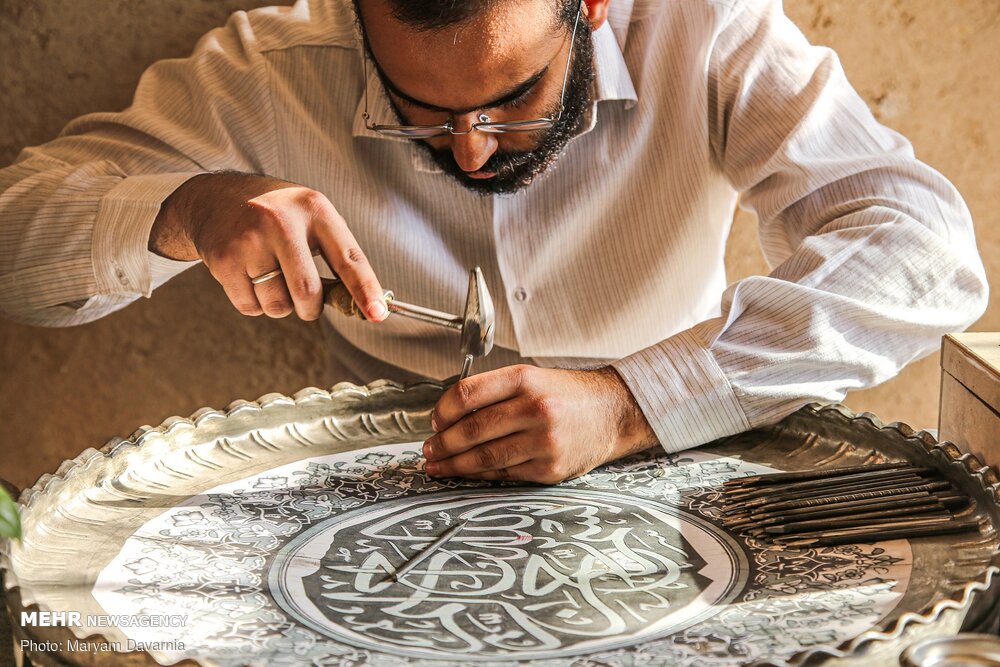 Toreutics or the art of engraving patterns on metal objects is a traditional art in Iran that has long been practised by many people in different parts of the country.

The art of carving designs on copper, gold, silver, and brass, commonly known as Qalam-Zani in Iran, dates back to more than one thousand years BCE.

The art is practiced in Isfahan, Shiraz and Tabriz, each of which has its own style. Engraving is the creation of lines and motifs by hammering on metal objects.

Due to its softness and ductility, copper is more common in the art of engraving than other metals. On the other hand, archaeologists and art historians believe that copper was the first metal to be considered in the art of metalworking and engraving.

The art of engraving on metal is therefore of greater interest to artists, as it is more durable than other objects. In addition, the motifs and symbols in different historical and cultural periods vary according to different ideological and cultural changes and under the influence of social conditions.

The art of engraving was practised in the Median, Achaemenid, Seljuk, Parthian, Sassanid, periods until the Islamic period, and has developed in both designs and techniques.

Engraving remained at its peak until the Qajar period, but in the contemporary period this art has been revived by artists like Mahmoud Dehnavi and the Cultural Heritage and Tourism Ministry.

Below are Mehr News Agency’s pictures of Taghi Khorasani’s engraving workshop, which has been operating in Iran’s North Khorasan province more than 20 years.