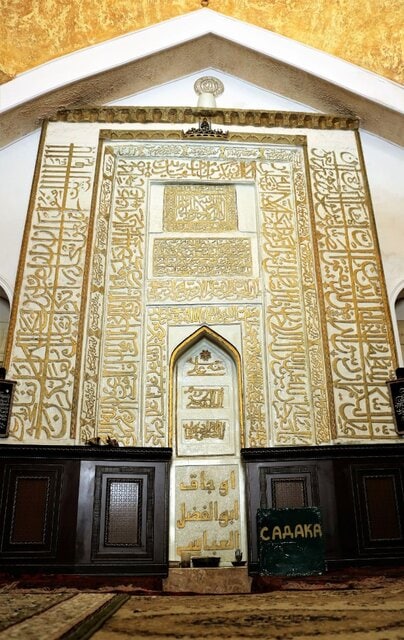 A researcher on cultural heritage says the renowned poem of the Iranian poet Mohtasham Kashani on the martyrdom of the third Shiite Imam, Imam Hussein, on the Day of Ashura, is the most widely used piece of Persian poetry in inscriptions around the world.

Morteza Rezvanfar is a faculty member of the Research Center on Cultural Heritage, who is working with the Iranian Academy of Arts on a book called The Common Heritage of Iran and the World with a Focus on Persian Inscriptions.

Rezvanfar said his work spans the farthest Asian port cities in the east through Africa to Europe. He said there were numerous Persian inscriptions to document in the geography he is covering.

“I first saw Mohtasham’s elegy at Shah Abbas Safavi Mosque in the city of Darband (the city which was built by Sassanid king Khosrow Anushirvan and his father Kavad as the apex of the Sassanid civilization) in Russia’s Republic of Dagestan. Later, I saw the poem in Burma or Myanmar in East Asian, Iraq’s Kadhimiya, Zanzibar, Tanzania’s Darussalam and Kenya’s port city of Mombasa. I should say Mohtasham’s poem on Ashura is the most widely used Persian text I have documented [on inscriptions] from East Asia to east Africa,” he said.

The researcher said there are numerous elegies around, including on Ashura, by renowned poets, but it is the “power and firm structure” of Mohtasham’s craftsmanship, which make it leave an impact.

According to Rezvanfar, the elegy begins with an epic note and lines asking about the source of a “tumult” he is going to describe, and which has hit “among people in the world”. He said Mohtasham casts it in the form of a resurrection and a day of judgment spanning the whole world and then brings in the suffering of Imam Hussein, and the whole household of Prophet Mohammad’s only daughter, and the oppression they have been subjected to.

“One can even say this poem is [now] a flag and a manifesto of the Shiite [Muslims] in different areas of the world.” He said.