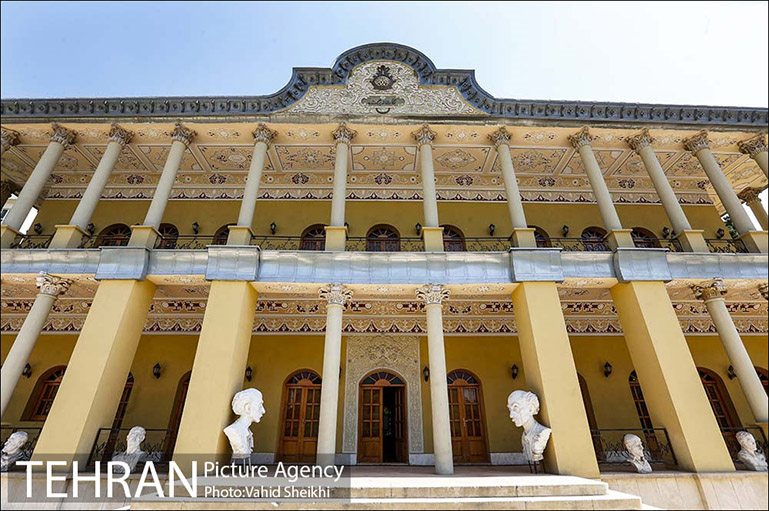 The mansion dates back to the Qajar era and was registered as a national historical site in 1998.

Einodolleh was a despotic first minister of Mozaffar ad-Din Shah Qajar who cracked down on freedom-fighters. Einodolleh, who was a fierce opponent of the Constitutional Movement, built a mansion in what is now Heravi neighborhood of the capital.

The mansion which sits on an expanse of land 11,900 square meters in area hosted an important World War II conference which brought together senior officials from Russia, Britain and the US whose forces were deployed in Tehran back then.

Images of the mansion released online by tpaa.ir: