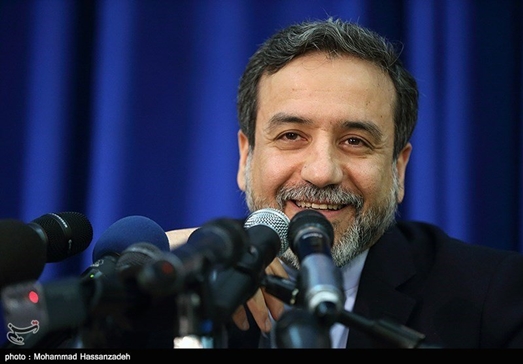 Deputy Foreign Minister Abbas Araqchi said on Thursday June 9 that the economic situation in Iran has been improving since the nuclear deal – officially called the Joint Comprehensive Plan of Action (JCPOA) – went into force.

However, he said that it will take time for the people to see the results of the nuclear deal, because of the negative consequences of sanctions.

The government is acting based on the resistance economy and policies, set by Leader of the Islamic Revolution Ayatollah Seyyed Ali Khamenei to lessen the effects of the sanctions, the Deputy Foreign Minister for Legal and International Affairs noted in a ceremony in the city of Sorkheh, Semnan province.

He also noted that the nuclear negotiating team upheld the Iranian people’s rights under the Leader’s guidance.

Protection of the country’s “glory” and “independence” were the most important achievements of the nuclear talks, said Araqchi, who was a lead negotiator in the nuclear talks with world powers.

He also said that the country’s power brought the major powers into the negotiating table. Araqchi called “the people’s resistance” and “the country’s scientific capability” the main elements of Iranian power.

Iran and the 5+1 group – the United States, Britain, France, China and Russia plus Germany – finalized the text of the JCPOA in Vienna in July 2015. The deal took effect in January 2016.