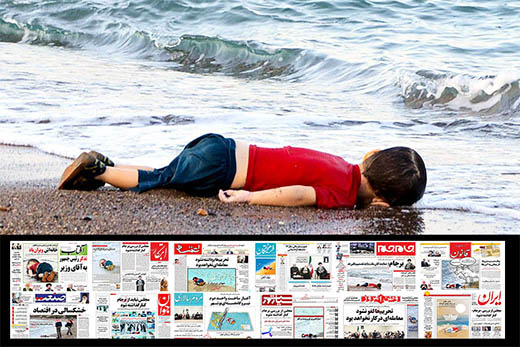 Iranian newspapers on Saturday brought into focus the horrifying image of a drowned Syrian child, Aylan.

The heartbreaking image of Aylan Kurdi, a Syrian Kurdish toddler whose body washed ashore on a Turkish beach as his family was trying to reach Greece, was on the cover of most of Iranian newspapers on Saturday.

May the house of the one who displaced you and threw you in the sea be laid in ruins. 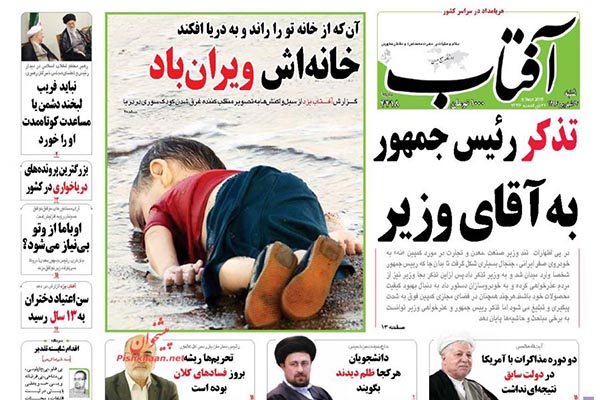 The world hears your voice: the world still in a state of shock for the eternal sleep of the Syrian child. 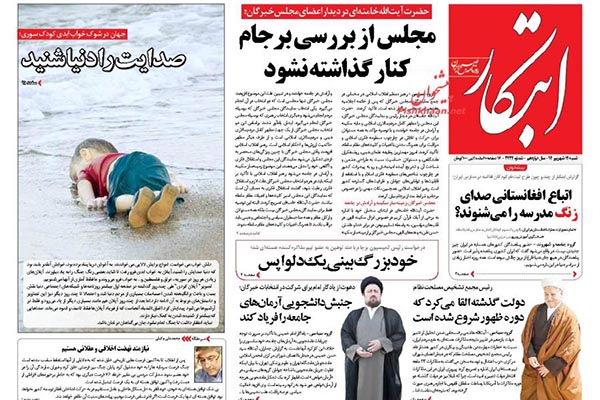 The world is filled with remorse for [what happened to] Aylan. 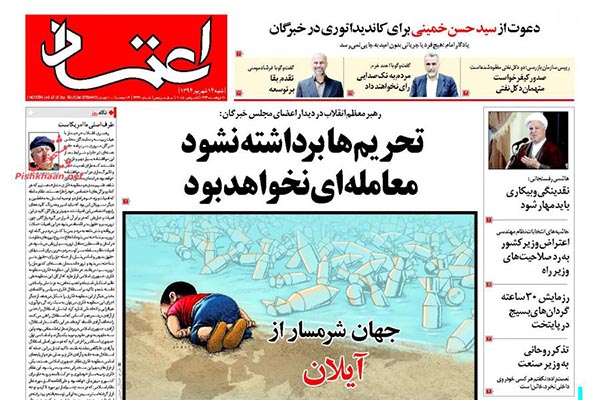 On an image which shook the world; the shock of Aylan. 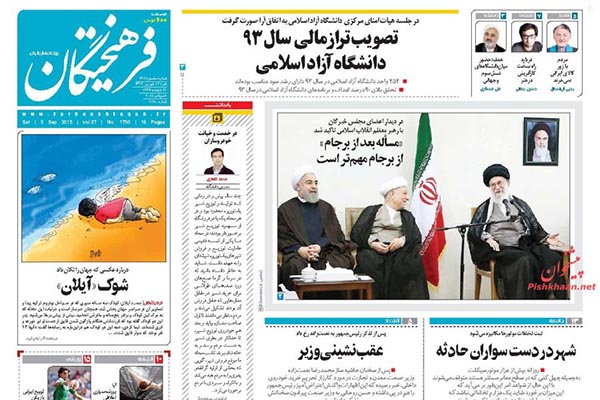 – No doubt! An animal never does such a thing to another animal! 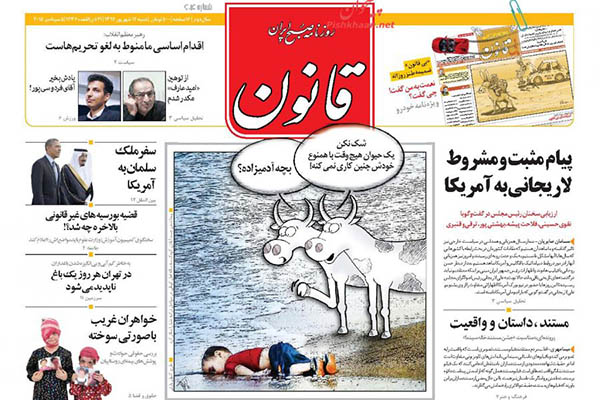 The world’s unshed tears for the little migrant

The image of a lifeless Syrian kid sparked in international circles a wave of anger at and protest against the Arab governments which support ISIL terrorists. 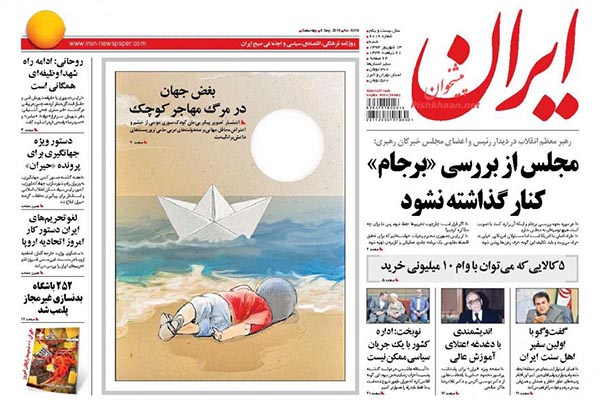 Does the world’s conscience wake up?

Germany and France have called for binding refugee quotas [for EU members]. 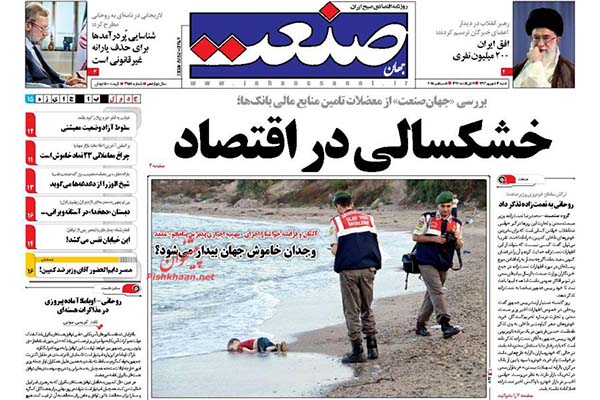 The crisis of conscience in Europe 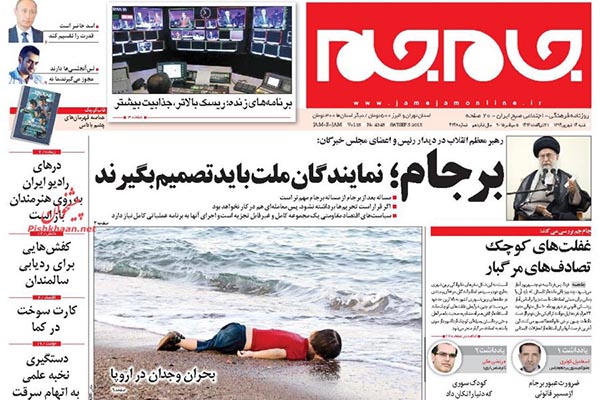 A show of confusion by war-mongering people against refuge seekers 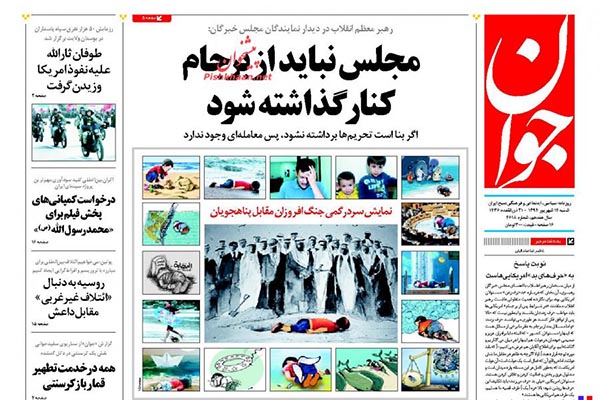 A painful scratch on the world’s forehead 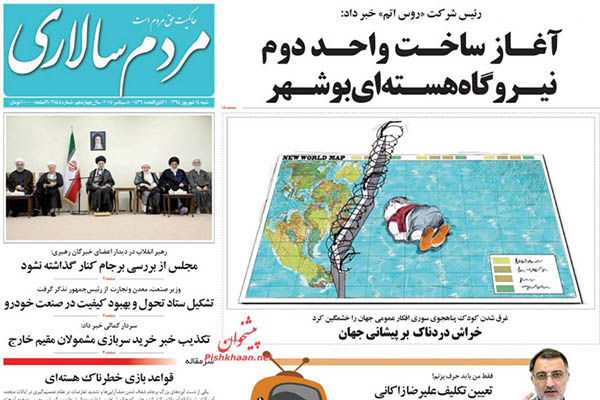 Genocide in the 21st century; Western countries continue their systemic killings of refuge-seekers. 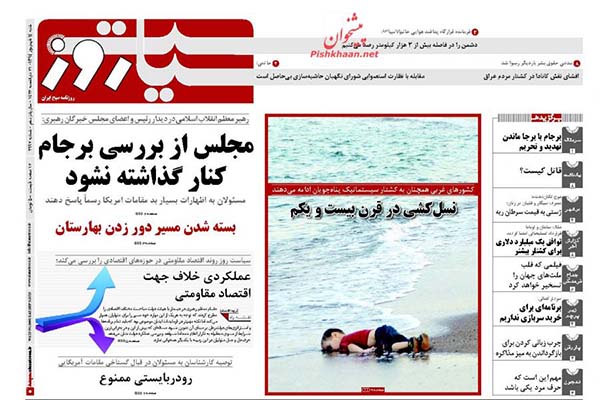 The lullaby of death in the Mediterranean Sea

An image which shook the world and shamed Europe 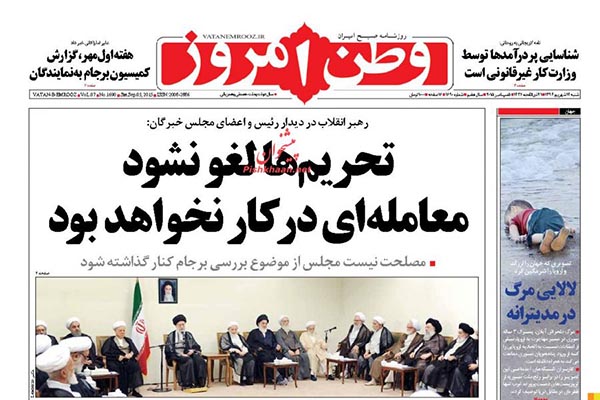 A desperate father tells about the tragic loss of loved ones 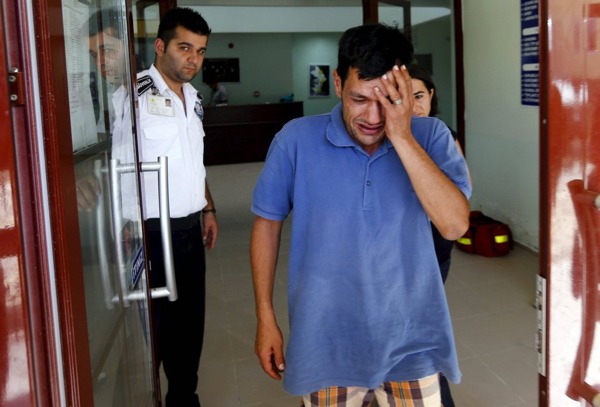