A short look at the way average Saudi women are obliged to dress and their controlled activities in the society attest to the fact that royal women of Saudi Arabia do not adhere to the laws and principles of the Kingdom as much as other women do.

According to a report by Tasnim, as translated as IFP, discrimination is rife in the Saudi kingdom as, except for royal ladies, the rest of women in the society have been deprived from all their basic rights.

Saudi women are not even allowed to sit behind the steering wheel for saving the life of a family member in a far-flung desert if they have to.

When it comes to hijab, they make a notable exception for royal ladies. Strange though it may seem, the average Saudis have to wear an excessive amount of hijab as far as covering their faces by a piece of veil; otherwise they would be severely castigated.

A council called “Enjoining Good and Forbidding Wrong”, dubbed the Religious Police, has been assigned by the Saudi kingdom to make sure hijab is observed in the society; however, these forces exempt royal women from the restrictions.

While average Saudi women are harshly prohibited from parks and recreational complexes, the female aristocrats freely take trips to Europe and the US regularly and have fun in tourist spots, large malls and shopping centres.

Saudi royal girls and women’s inappropriate behaviour as well as their provocative clothing have sparked anger of Saudis for several times. They openly disrespect the very same rules and laws devised by their kings and imposed on the poor, defenceless women.

This is while the KSA does not even allow Saudi women to drive.

Strangely enough, Saudi kings believe that it is permissible for royal women to wear revealing and nasty clothes and it is in no way against the Islamic jurisprudence; however, women from lower classes will be severely chastised if they violate the dress code of the kingdom. The defiant women will be flagellated and severely punished.

Women of average social status have been deprived from participating in sporting activities. The aristocrats, however, are free to do whatever they want.

Princess Reema, the daughter of Bandar bin Sultan, who is a member of the House of Saud, is a graduate of George Washington University. She has been recently appointed as Vice President for Women’s Affairs at the General Sports Authority of Saudi Arabia. She is also the managing director of Harvey Nichols chain store in Riyadh.

It is worth mentioning that Saudi media outlets have described the unprecedented appointment as a sign of the great potentials of Saudi women.

Royal women like Rimeh are free to pick their favourite types of clothes. 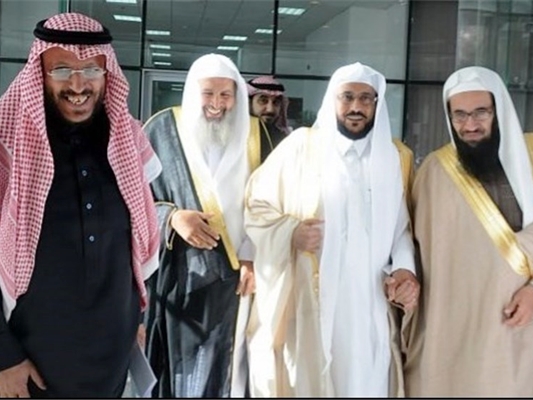