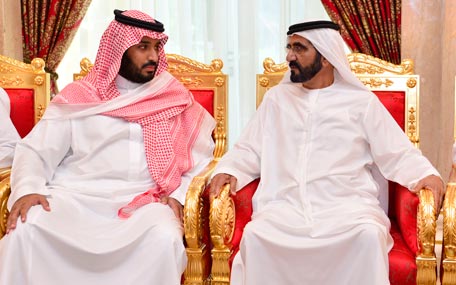 The diplomatic papers which leaked out of the Qatari Embassy in Washington were handed over to Qatari Foreign Minister Mohammed bin Abdulrahman Al Thani. They show Saudi Crown Prince Mohammad bin Salman and Emirati heir to the throne Mohammed bin Zayed back some al-Qaeda and ISIS kingpins in Yemen.

According to the papers, the deputy US Treasury secretary for terrorism affairs has said that bin Salman and bin Zayed were in constant contact with Yemeni Ali Abkar al-Hassan Ali and Abdallah Faysal Sadiq al-Ahdal, whose names are on the US list of people linked to the al-Qaeda terrorist group.

The documents bring to light details about the activities of the two top al-Qaeda leaders as well as Saudi intelligence chief Khalid bin Ali al-Humaidan’s direct financial support for Ali Abkar to purchase required equipment and deliver it to ISIS members.

The US official has voiced concern over bin Salman’s links with ISIS and other terror groups without coordination with the White House.

He also speaks of Washington’s discontent with the expansion of al-Qaeda in Yemen and adjacent countries.