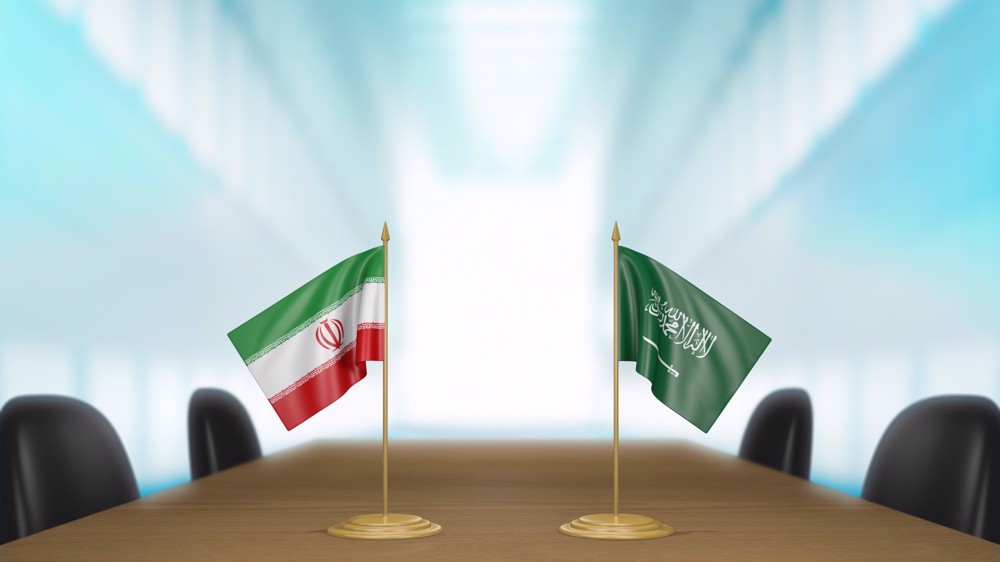 After four rounds of negotiations, Tehran and Riyah have made progress toward reaching an agreement to ease their years-long confrontation in the Middle East, a foreign diplomat close to the talks said. The official added the two countries have also agreed to reopen consulates.

Regional arch-rivals Saudi Arabia and Iran are showing signs of warming relations, but experts say more work is needed to ease tensions after a five-year rift.

In recent weeks, officials from both countries, on opposing sides in multiple Middle East conflicts, have spoken positively about breakthrough talks held in Baghdad since April.

The discussions were launched under Iran’s former moderate president Hassan Rouhani and have continued under his ultraconservative successor, Ebrahim Raisi.

A foreign diplomat residing in the kingdom who is privy to the negotiations said that the two sides “were on the verge of agreeing… to ease tensions between them and the (diplomatic) proxy war in the region” during the last round of talks.

Saudi Foreign Minister Prince Faisal bin Farhan has confirmed a fourth round took place in September, and expressed hope they would “lay the foundation” to address issues between the countries.

His Iranian counterpart, Hossein Amir Abdollahian, has stated the discussions are “on the right track”.

“We have achieved results and agreements, but we still need more dialogue,” he noted earlier this month.

The foreign diplomat added the two sides would “most likely put the final touches to an agreement” in a new round of talks that could come within days.

“They, in principle, have reached an agreement to reopen consulates… and I think an announcement of normalisation of ties may come in the next few weeks,” the diplomat told AFP on condition of anonymity.

Saudi media have toned down their rhetoric towards Tehran, with the state-run Al-Ekhbariya television last week reporting “direct and honest” discussions that would “achieve stability in the region”.

But he also called on Tehran to cease “all types of support” for armed groups in the region, referring especially to Yemen’s Huthi rebels, who have escalated missile and drone attacks on the kingdom.

Since 2015, Riyadh has led a military coalition to support the government against the Huthi insurgents after they seized the capital Sanaa.

Riyadh accuses Iran of supporting the Huthis with weapons and drones, but Tehran says it only provides the rebels with political support.

“Saudi Arabia is interested in ending the conflict in Yemen… which has cost it billions of riyals,” the foreign diplomat stated.

But Tehran also seeks economic opportunities with Riyadh as it looks to revive its sanctions-battered economy, according to the diplomat.

Saudi government adviser Ali Shihabi said that while the atmosphere was positive, Tehran would have to take “substantive” action, particularly on Yemen, before Riyadh would agree to measures like the reopening of embassies.

Yasmine Farouk, of the Carnegie Endowment for International Peace, noted Saudi Arabia wants attacks on the kingdom to stop as it diversifies its economy away from oil and spends billions on ambitious megaprojects to attract tourists and investors.

“There is a greater chance for an agreement now, because Saudi Arabia is sure there will be no US military response to Iran attacking” the kingdom, she added.

Farouk was referring in particular to a 2019 Huthi-claimed assault that temporarily knocked out half of the kingdom’s crude production and drew international condemnation, but no action.

Despite signs of a “positive atmosphere”, Farouk warned the dialogue lacked assurances that Iran would “commit to what is agreed upon — as well as the international support for such negotiations”.

Hussein Ibish, a Washington-based Middle East expert, said indications of warming ties were mostly coming from Iran and Iraq, which has been positioning itself as a regional mediator.

“Now that the whole region has entered into an era of de-confliction, it’s not that hard to imagine a process leading to the reversal of the rupture… but it’s going to take considerably more progress in my view,” he told AFP.

According to Iranian journalist Maziar Khosravi, Riyadh and Tehran will likely never see eye to eye, but the two have “reached an impasse in their regional rivalry”.

“Both sides realise they have no choice but to reach a compromise,” he added.