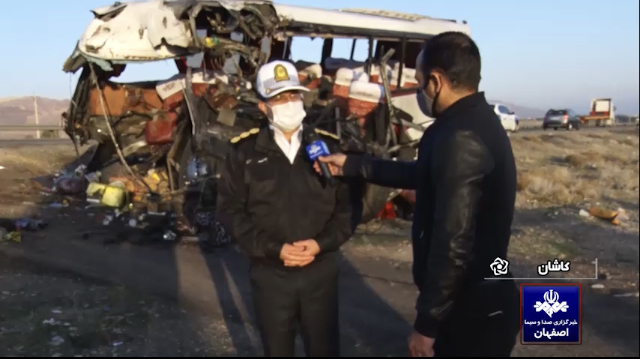 A deadly road crash in central Iran has left 9 people dead and 16 others injured. One of the dead lost his life while being transferred to the hospital.

A passenger bus and a tractor trailer were involved in the crash that happened early on Tuesday, 10 kilometers away from the central city of Kashan, on the highway that links it to the city of Qom.

The Deputy for Relief and Rescue at the Red Crescent Society of Isfahan Province, Dariush Karimi, said the injured have been taken to hospitals in the nearby cities.

The Red Crescent Society’s top official in Kashan, Mansour Mir Aboutalabi, also said the bus and the tractor trailer collided head-on after the truck entered the oncoming lanes in the highway. He said the cause of the truck’s diversion was drowsiness of the driver.

The bus was heading to Tehran from the city of Dehdasht in the western province of Kohgiluyeh and Boyer-Ahmad.