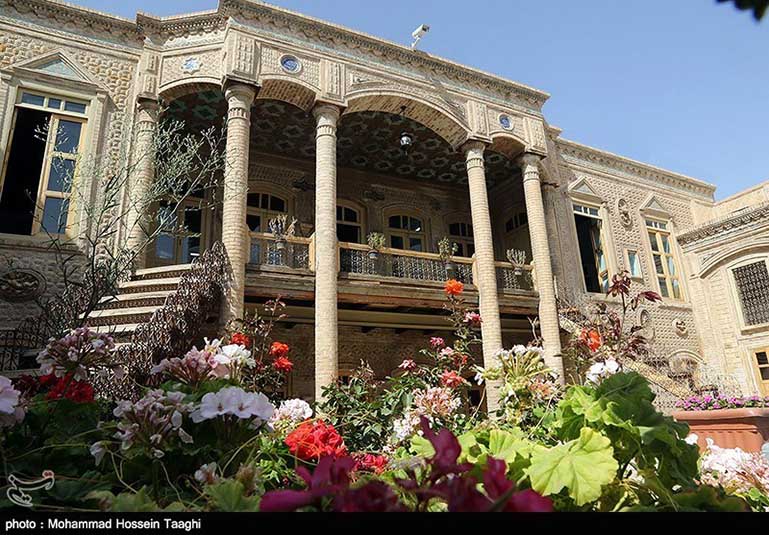 The conservation of Darougheh House in Mashhad, Khorasan Razavi Province, was among the 13 winning projects of UNESCO 2016 Asia-Pacific Awards for Cultural Heritage Conservation.

A total of 13 winning projects from six countries – Australia, China, India, Iran, Japan and Pakistan – have been recognized in this year’s Heritage Awards. A panel of international conservation experts met in Bangkok to review the 40 Heritage Awards entries, including 34 in the Conservation category and six for New Design.

According to UNESCO, the conservation of Darougheh House has reinstated a significant component of the historic townscape of Mashhad. Based on in-depth historical research, verified through archaeological excavation, the project preserved the original building’s scale and footprint with a focus on the retention of original materials and reuse of materials from demolished adjacent buildings.

Local artisans specializing in traditional architectural decoration carried out the work, and new features were carefully identified in keeping with established conservation practice. Amidst the rapid pace of development now transforming Mashhad, the restored Darougheh House provides validation for the continuing relevance of traditional spaces in contemporary urban life.

Meanwhile the Restoration of the Sanro-Den Hall at Sukunahikona Shrine in Ozu City, Japan, Ehime Prefecture, has received the Award of Excellence in this year’s UNESCO Asia-Pacific Awards for Cultural Heritage Conservation, as reported by the United Nations Information Centre (UNIC).

Duong Bich Hanh, Chair of the Jury and Chief of UNESCO Bangkok’s Culture Unit, said she was pleased to see the Heritage Awards encourage good conservation practices in the region. “Jury members were delighted with the quality of this year’s entries to the Heritage Awards,” Ms. Hanh said. “This showed increased knowledge and higher standards in conservation work across Asia-Pacific’.

This year’s Award of Excellence winner, the Sanro-Den Hall, a prayer hall at Sukunahikona Shrine in Ozu City, Ehime Prefecture, is an exceptional example of community stewardship enlisted in the conservation of a heritage site of unique architectural and cultural value. The project epitomizes the efficacy of grass-roots advocacy, coupled with traditional building practices, in extending the life of distinctive 20th-century Kakezukuri structure, successfully returning it to a central place in the cultural life of the local community.

Jury members also agreed to revise the regulations regarding how old a site must be to be eligible for the awards, reflecting a growing awareness in the conservation field of the importance of recognizing cultural heritage that is less than 50 years old, which is in growing danger. The revised regulations will be available via the UNESCO Bangkok website at the end of this year, and will be applied to entries submitted for next year’s awards.