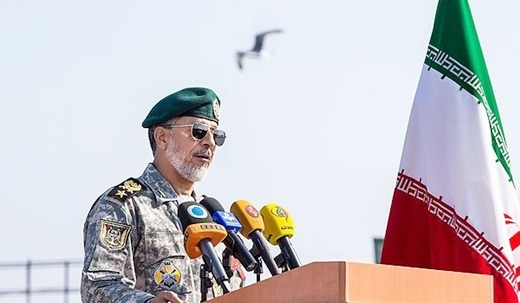 Iranian Navy Commander Rear Admiral Habibollah Sayyari announced that his forces will stage massive wargames in international waters this year, adding that other specialized drills using missiles and submarines are also on the agenda.

“The massive Velayat 95 wargames will be held in international waters by the end of the current (Iranian) year (started March 20),” Sayyari told FNA on Monday.

“This year, we also have specialized submarine, missile,… drills related to the Navy agenda,” he added.

Sayyari said that the Navy also plans to hold joint drills with other countries’ warships which berth at Iranian ports, and during reciprocal visits.

Elsewhere, he said that the Iranian Navy’s 40th fleet of warships, comprising Alborz and Tonb warships, is now present in the Gulf of Aden to protect the country’s cargo ships and oil tankers from pirate attacks.

The high-profile Velayat exercises are an annual event and all shipping lines and naval vessels in the region are informed of the area of the drills, according to international maritime and naval standards that require all foreign ships and vessels to keep some 5 nautical miles away from the wargame zone.

During the exercises in March, a US Navy warship received a serious warning from several Iranian destroyers to keep away from their drill zone near the Strait of Hormuz, an incident which could keep frictions high after Iran captured 10 US marines in the Persian Gulf in the same month.

Also, the Iranian Navy’s unmanned aerial vehicle (UAV) and a submarine recorded images of a US aircraft carrier on the third day of the main phase of the massive wargames along the country’s Southeastern Makran shore, on the rim of the Persian Gulf.

The Navy drone captured a video during the surveillance mission over the US aircraft carrier.

Meantime, a Qadir-class submarine, also belonging to the Iranian Navy, was deployed close to the US aircraft carrier with a mission to gather intelligence and capture video of the US vessel’s movements.

The Iranian submarine managed to take clear pictures of the aircraft carrier without catching the attention of the staff on board.