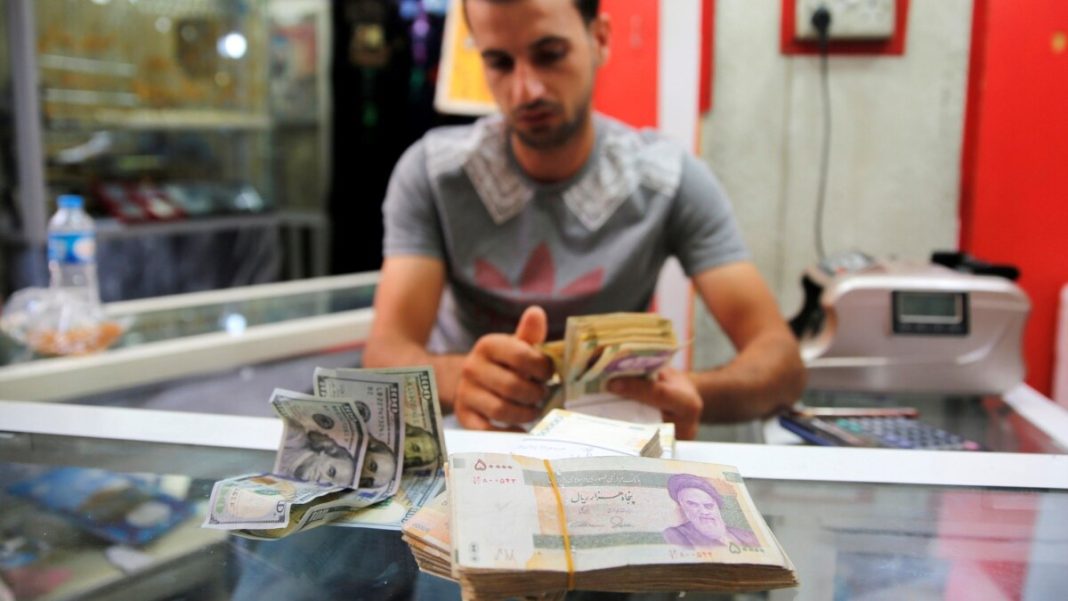 Iran established a clandestine banking and finance system to handle tens of billions of dollars in annual trade banned under US-led sanctions, according to Western diplomats, intelligence officials and documents. 'It enabled Tehran to endure the economic siege، giving it leverage in multilateral nuclear negotiations'.

The system, which comprises accounts in foreign commercial banks, proxy companies registered outside the country, firms that coordinate the banned trade, and a transaction clearinghouse within Iran, has helped Tehran resist the Joe Biden administration’s pressure to rejoin the 2015 nuclear deal, buying it time to advance its nuclear program even while negotiations were under way.

Officials say they are closing in on a deal.

Years of sanctions have hobbled Iran’s economy and caused its currency, the rial, to collapse. But the ability to boost trade roughly to pre-sanction levels has helped the economy rebound after three years of contraction, alleviating domestic political pressure and bolstering Tehran’s negotiating position, say the officials and some analysts.

Iran’s success at circumventing trade and finance bans, apparent in trade data and confirmed by Western diplomats and intelligence officials, shows the limits of global financial sanctions at a time when the US and European Union have sought to use their economic might to punish Russia for its invasion of Ukraine. The US and EU have barred major Russian banks from trading dollars and euros and frozen the Russian central bank’s assets held overseas. As a result, the ruble has lost 13% of its value against the dollar since the Feb. 24 invasion. At the same time, the Biden administration has sought Russia’s cooperation in rounds of talks in Vienna aimed at reviving the deal.

According to the documents and Western officials, the clandestine banking system works like this: Iranian banks that serve companies barred by US sanctions from exporting or importing engage affiliate firms in Iran to manage sanctioned trade on their behalf. Those firms establish companies outside of Iran’s borders to serve as proxies for the Iranian traders. The proxies trade with foreign purchasers of Iranian oil and other commodities, or sellers of goods for import into Iran, in dollars, euros or other foreign currencies, through accounts set up in foreign banks. Some of the revenue is smuggled into Iran by couriers who carry cash withdrawn from the proxy company accounts abroad, according to some of the officials. But much of it remains in bank accounts abroad, according to the Western officials. The Iranian importers and exporters trade foreign currency among themselves, on ledgers maintained in Iran, according to the Iranian central bank.

Iran is expected to quickly increase efforts to pump more oil in the event a deal is concluded, to bring in much-needed revenue and offset supply constraints caused by the Russia sanctions campaign.

Iran’s clandestine financial “infrastructure is inefficient, costly and susceptible to corruption,” Western and Iranian officials have said. But even if a deal allows Iran to formally reconnect trade and finance ties with the global economy, industry figures say Western banks and businesses are unlikely to re-engage with Iran quickly, wary of running afoul of future sanctions and money-laundering and terrorism-finance laws.

The Western officials say the clandestine system has worked well enough that Iranian authorities aim to make it a permanent part of the economy, not only to shield Iran from future possible sanctions campaigns but also to enable it to conduct trade without scrutiny from abroad.

“This is an unprecedented governmental money-laundering operation,” one of the Western officials said of the clandestine system.

US law prohibits foreign banks from using US dollars for transactions Washington has sanctioned, and similar prohibitions apply to companies that do business in US markets. Additionally, banks are required by local laws comply with international anti-money-laundering standards that prohibit transactions that hide the true beneficiaries.

Beyond those legal prohibitions, foreign banks risk being penalized by the US or cut off from the Western financial system if they violate US sanctions.

Iran’s mission to the United Nations didn’t respond to requests for comment about the finance system.

Iranian officials have publicly described their efforts to thwart the US pressure campaign through the development of a “resistance economy,” but the architecture, scale and details of its sanctions-evading finance system haven’t been previously reported.

Western intelligence officials say there is evidence of tens of billions of dollars of similar transactions. And Iran’s government has openly boasted about its ability to finance sanctions-busting trade.

Gholamreza Mesbahi-Moghaddam, a senior Iranian political figure who is close to Supreme Leader Ayatollah Sayyed Ali Khamenei, stated in a live debate on social media in January last year that covert import and export transactions amount to $80 billion a year.

The International Monetary Fund estimates it will grow to $150 billion in 2022, including foreign sales that are banned under the sanctions, more than twice the levels during the brief period when Iran was freed from sanctions.

“The majority of our exports of gasoline, steel, petrochemicals—all are under hidden subsidiary activities,” Mr. Mesbahi-Moghaddam added in the social-media debate.

Iranian bank statements and corporate documents reviewed by the Journal show how Tehran covertly books revenue from exports of petrochemicals, metals, automobile parts and other goods, while financing the importing of the industrial machinery, oil services and electrical components critical to keeping its companies and economy running. The system provides Iran the revenues and imports it needs to keep its economy and country running. It moderates the pressure on the country’s currency by giving the Iranian economy access to the dollars, euros and other reserve currencies in which world trade is denominated, according to the diplomats and officials.

From 2010 to 2015, under the Barack Obama administration’s sanctions campaign, Iran’s annual trade fell by 55% to $79.7 billion, according to IMF data. Motivated in part by the economic pain, Iran’s reform-minded President Hassan Rouhani signed a nuclear deal called the Joint Comprehensive Plan of Action with the US and five other world powers in 2015. The deal lifted longstanding economic sanctions on Iran the following year in exchange for curbs and monitoring of the country’s nuclear program.

Freed from sanctions, oil sales that year doubled to more than 2 million barrels a day and the economy grew 13%, according to Federal Reserve and IMF data. In 2017, trade grew again to $117.5 billion, according to IMF data.

In 2018, then-President Donald Trump withdrew the US from the accord. Opponents of the deal within the administration argued that the pact didn’t adequately constrain Iran’s future ability to enrich uranium for a nuclear weapon.

Trump reimposed the sanctions lifted under the 2015 deal, saying a new “maximum pressure” sanctions campaign would squeeze Iran’s economy so hard that Tehran would be forced into a more stringent nuclear deal that also included limiting Iran’s missile-development program and its “regional interventions”.

By 2019, Iranian oil exports had plummeted to a fraction of their peak after the nuclear deal lifted sanctions. IMF data—based on official Iranian data—showed the government was scraping the bottom of the barrel of its foreign-currency reserves to prop up its economy.

Foreign buyers of Iranian crude and exports pay into those accounts and the Iranian companies use the dollars and euros deposited there to pay foreign suppliers for needed imports, according to the Western officials.