Christians Blast US’ Meddlesome Claims about Religious Freedom in Iran 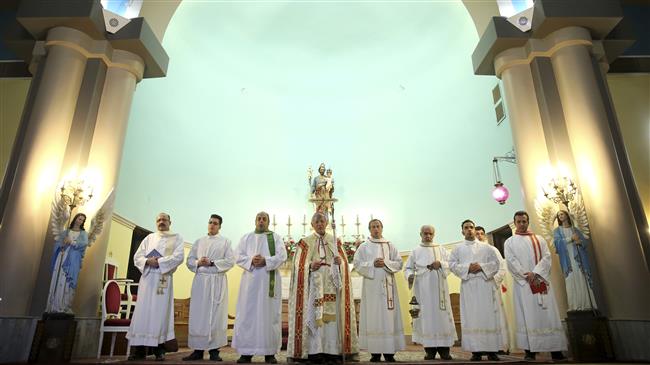 Iran’s Assyro-Chaldean churches have censured US officials’ “interventionist” claims about the situation of religious minorities in the Islamic Republic, calling on Washington to be concerned about its own poor human rights record at home and abroad instead of shedding “crocodile tears” for others.

In a statement released on Tuesday, the churches rejected US accusations of rights violations against religious minorities in Iran, saying all divine religions in the country have their own representatives at the Iranian parliament (Majlis), who enjoy equal rights with fellow lawmakers.

Within the Islamic establishment, the statement said, the churches feel free to hold religious ceremonies and cultural-sports festivals while preserving the Assyrian language. It added that a special budget has been allocated to Iranian religious communities.

These are “just examples of the commitment of the Islamic Republic of Iran’s holy establishment to the issue of divine religions and their followers and to protecting their moral and social values,” the statement read.

The “interventionist comments” by American statesmen “through official platforms and cyberspace, especially Twitter, about violations of religious minorities’ rights in the Islamic Republic of Iran are no more than shedding crocodile tears,” the statement added.

The Assyro-Chaldean churches further called on US officials to focus on their own domestic issues and engage in “effective and constructive relations with all governments” instead of interfering in their internal affairs.

They also condemned Washington’s support for the warmongering regimes of Israel and Saudi Arabia, calling on the US to stop supporting the bloody wars in Syria and Yemen.

They further noted that Iranian religious minorities need no “guardian” in their homeland and are able to defend their rights through their representatives at the parliament and related government institutions.

The official religion of Iran is Shia Islam under the Constitution. The Islamic Republic recognizes Zoroastrian, Jewish, and Christian religious minorities, among others.

The Constitution stipulates that “the investigation of individual beliefs is forbidden,” and that “no one may be molested or taken to task simply for holding a certain belief.”

The US, however, has long been seeking to represent itself as a defender of the rights of Iranian religious minorities, accusing the Islamic establishment of intolerance towards them.

Such accusations have seen a sharp rise since the inauguration of President Donald Trump.

The department under Pompeo’s watch also released its annual “religious freedom report” in late May, in which it targeted Iran besides Washington’s other adversaries, including Russia and China.

The Iran section of the report claimed that “non-Shia Muslims and those affiliated with a religion other than Islam” residing in the Islamic Republic faced “societal discrimination and harassment.”

Tehran rejected that report as baseless.