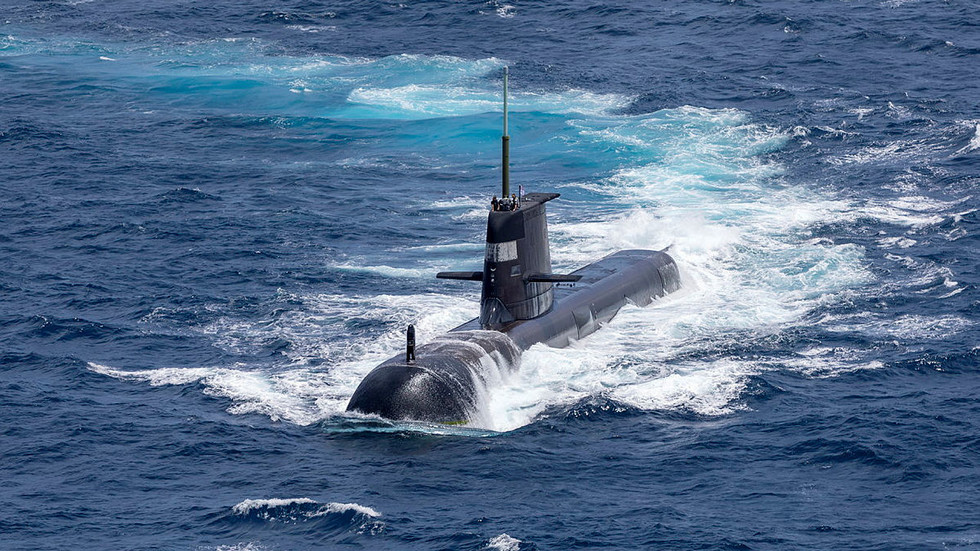 China has slammed a new US military alliance with Australia and Britain, under which Canberra will acquire nuclear submarine technology, as an "extremely irresponsible" threat to regional stability.

The United States, Britain, and Australia announced on Wednesday the creation of a new trilateral security partnership, called “AUKUS”. The first initiative under AUKUS will be delivering a nuclear-powered submarine fleet for Australia.

He added the export of highly sensitive nuclear submarine technology to Australia by the United States and the UK proves once again that they are using nuclear exports as a tool for geopolitical game and adopting double standards, which is extremely irresponsible.

Zhao noted that Australia is a non-nuclear weapon state under the Treaty on the Non-Proliferation of Nuclear Weapons (NPT) and a party to the South Pacific Nuclear Free Zone (SPNFZ) Treaty. He stated the international community, including neighboring countries, has every reason to question Australia’s sincerity in abiding by its nuclear non-proliferation commitments.

“China will pay close attention to the development of the relevant situation,” Zhao continued.

China always believes that any regional mechanism should conform to the trend of peace and development of the times and contribute to enhancing mutual trust and cooperation among regional countries, and should not target any third party or undermine its interests, he said.

“Relevant countries should abandon the outdated Cold War zero-sum mentality and narrow-minded geopolitical perception, respect the will of the people of regional countries and do more to contribute to regional peace, stability and development. Otherwise, they will only end up shooting themselves in the foot,” Zhao added.

Addressing the International Atomic Energy Agency’s (IAEA) Board of Governors meeting here, Wang Qun, Chinese envoy to the United Nations and other international organizations in Vienna, described the trilateral move as “sheer act of nuclear proliferation”.

He stressed that such assistance “will apparently give rise to proliferation of nuclear materials and technologies by openly providing assistance to Australia”, a non-nuclear weapon state, in its acquisition and building of the nuclear-powered submarine.

“This contradicts the purpose, objective and core obligation of the NPT to the detriment of the international nuclear non-proliferation regime with the NPT at its core and on-going international efforts on this front,” Wang noted.

“While firmly safeguarding the validity of the international non-proliferation regime, China wishes to register its grave concern at the development,” Wang said.

“In the meantime, we believe that, it is the responsibility of IAEA, as an international organization mandated to implement NPT non-proliferation regime, to openly express its solemn position at the trilateral act by the U.S., the UK and Australia, which contradict their obligations under the NPT,” Wang added.

Wang also stressed that, such an act of nuclear proliferation “will give rise to serious negative implications on the on-going international efforts to address the nuclear issue on the Korean Peninsula as well as the Iranian nuclear issue”.

“Given the ongoing review and discussions of the Korean Peninsula and Iranian nuclear issues at the IAEA Board of Governors and the General Conference, it is essential that all members of the Board and international organizations including IAEA, make solemn position on the trilateral collaboration among the U.S., UK and Australia in helping Australia develop nuclear-powered submarine, in promotion of the full and effective implementation of international non-proliferation obligations under the NPT by all countries,” he stated.

Exporting highly sensitive nuclear submarine technology to Australia has shown that the U.S. and the UK have “once again adopted a double standard on nuclear export”, and “have taken nuclear export as a means of their geo-political game”, Wang pointed out.

Wang said that, in the meantime, it is “utterly irresponsible” for Australia, as a non-nuclear state and state party to the NPT and South Pacific Nuclear Free Zone Treaty, to import nuclear submarine technology with strategic militarily value.

“The international community, including neighboring countries, has every reason to question Australia’s sincerity in implementation of nuclear non-proliferation commitment under the relevant treaties,” he added.

The trilateral collaboration by the U.S., the UK and Australia “will seriously impair the regional peace and stability, escalate arms race, to the detriment of international peace and security,” Wang added.

Wang said that China will closely follow its development and reserve the right to make further responses. In the meantime, China will call on the international community to “work together to check such a dangerous act”.