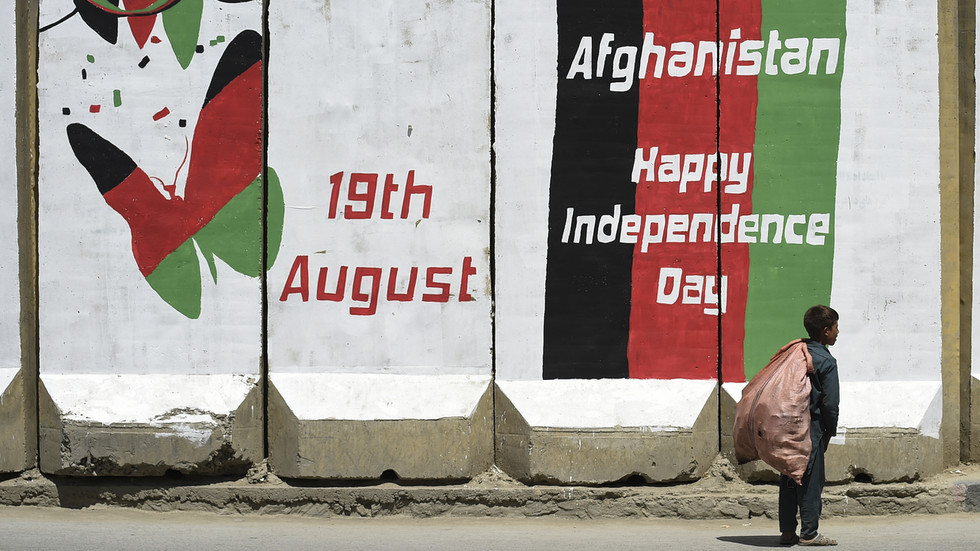 China has called for an end to the economic sanctions on Afghanistan following the Taliban takeover of the war-torn country.

Beijing on Thursday called for the lifting of sanctions against the Taliban-administered Afghanistan and urged the US not to use the frozen foreign exchange reserves of the war-torn country as a “bargaining chip” to exert political pressure on the hardline group.

Addressing the G20 Foreign Ministers via a video link, Chinese Foreign Minister Wang Yi also demanded the rushing of humanitarian assistance to Afghanistan without any delay.

“Humanitarian assistance is a task which brooks no delay. We should redouble efforts on and speed up the provision of assistance to Afghanistan, and in particular, lend the Afghan people a helping hand in time to address their most urgent needs,” a foreign ministry statement quoted Wang as saying.

According to reports from Washington, the US has frozen about $9.5 billion in assets belonging to Afghanistan’s central bank and stopped shipments of cash to Kabul, in a bid to keep the Taliban government from accessing the money.

“The economic sanctions must be stopped. All kinds of unilateral sanctions or restrictions on Afghanistan should be lifted,” Wang asserted.

“Afghanistan’s foreign exchange reserves are its national assets, and should be owned by and used for the people, rather than being used as a bargaining chip to exert political pressure on Afghanistan,” he stated, adding that G20 members should actively take practical steps to help Afghanistan ease the current liquidity stress.

After the Taliban’s seizure of power in Afghanistan last month, the International Monetary Fund and the World Bank halted their aid to the war-torn country which largely depends upon the flow of foreign funds.

According to reports from Kabul, Afghanistan’s economy is near collapse even as the United Nations has made hectic efforts to galvanise global efforts to rush food and essential supplies.

The Taliban, whose interim government is yet to be recognised, have earlier asked the US to release its frozen foreign exchange reserves and threatened to take legal action.

“Both the symptoms and root causes of the refugee issue must be addressed. The United States and the North Atlantic Treaty Organization (NATO) countries should take the primary responsibility for solving the issue of Afghan refugees and migrants,” he noted.

Wang also spoke about China, Pakistan and Russia’s initiatives to step up contacts with the Taliban.

The special envoys of the three countries held talks with top Taliban officials in Kabul as well as former Afghanistan President Hamid Karzai and Abdullah Abdullah, President of the Council for National Reconciliation under the previous government, during the past two days.

“First Foreign Ministers’ Meeting on the Afghan Issue among the Neighbouring Countries of Afghanistan and the Informal Meeting of Foreign Ministers of China, Russia, Pakistan and Iran on the Afghan Issue reached a consensus, sending a clear signal of creating a favourable external environment for the peaceful reconstruction of Afghanistan,” Wang said.

Also, the world community support the efforts of Afghanistan “eventually building a broad and inclusive political structure which respects the basic rights of minority groups, women and children, and pursues a foreign policy of peace advocating good neighbourliness with all countries, especially with neighbouring countries”, he added.

The counter-terrorism cooperation needs to be deepened, he added.

“Afghanistan must earnestly honour its commitments by making a clean break with and resolutely fighting all kinds of international terrorist forces,” Wang said.

He stated the international community should build a united front against terrorism, oppose double standards and selective counter-terrorism, and prevent Afghanistan from becoming a breeding ground and shelter for terrorism again.

“Afghanistan should make its administration more inclusive and predictable, and the international community should work in a down-to-earth manner to help Afghanistan accelerate reconstruction so as to fundamentally reduce the number of new refugees and migrants,” he continued.