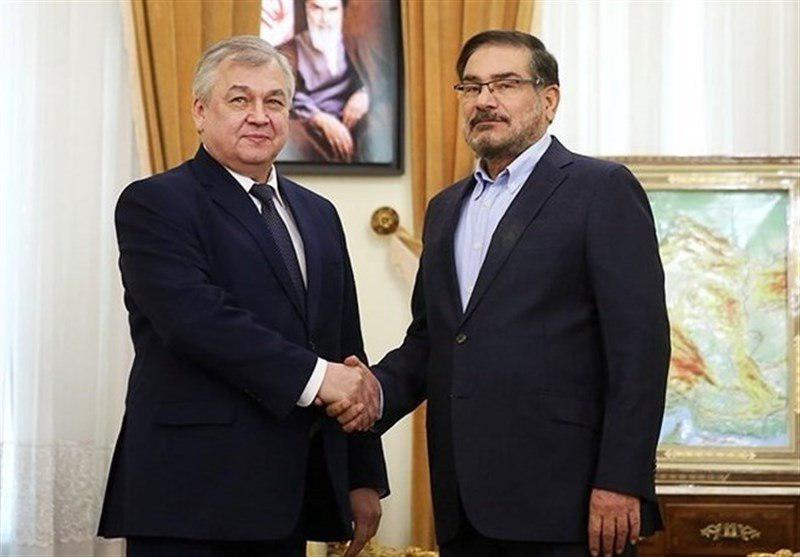 Ali Shamkhani, the secretary of Iran’s Supreme National Security Council, said certain countries in the Middle East do not have any sympathy for the war-torn people of Syria, but are worried about the terrorist groups they support.

Speaking in a meeting with Russia’s special envoy on Syria, Alexander Lavrentiev, in Tehran on Sunday, Shamkhani said some regional countries have expressed concern over the political initiatives of Iran, Russia and Turkey in Syria and do not have any sympathy for people in war-ravaged countries, but are worried that the terrorist groups they have been supporting have been losing ground and are on the decline.

“Undoubtedly, if these countries [that support terrorists] do not change their conduct, they will not be able to play a constructive role in the political process for determining the future of the region,” the SNSC secretary pointed out, according to a report by Press TV.

He further noted that the Islamic Republic of Iran is committed to seeking a political solution to solve the nearly six-year crisis in Syria.

“The Islamic Republic of Iran remains committed to pursuing a political solution to put an end to the Syria crisis and believes that a military solution will work only in dealing with groups that refrain from laying down their weapons,” he said.

He added that the Syria conflict cannot be resolved through political approaches as long as terrorist groups, including ISIS and Jabhat Fateh al-Sham, an affiliate of al-Qaeda formerly known as al-Nusra Front, are operating in the Arab state and supported by certain regional countries.

The Russian envoy, for his part, said his country would continue its cooperation with Iran and Syria in the fight against terrorists and the groups refusing to commit to a political solution to the Syrian crisis.

Lavrentiev added that political negotiations among Iran, Russia, and Syria would have no effect on their battle against terrorist groups.

He reaffirmed Moscow’s support for Tehran’s constructive role in the campaign for the establishment of peace in Syria.

The Russian diplomat assessed the successful Syrian peace talks held in the Kazakh capital of Astana as a considerable achievement helping the continuation of Iran-Russia-Turkey political initiatives.

The two-day intra-Syrian talks between Damascus and opposition groups concluded on January 24, with Tehran, Moscow and Ankara agreeing on the establishment of a trilateral mechanism to support the ceasefire in Syria.