‘Caesar Sanctions’ on Syria Sign of US Military Failure: Iran 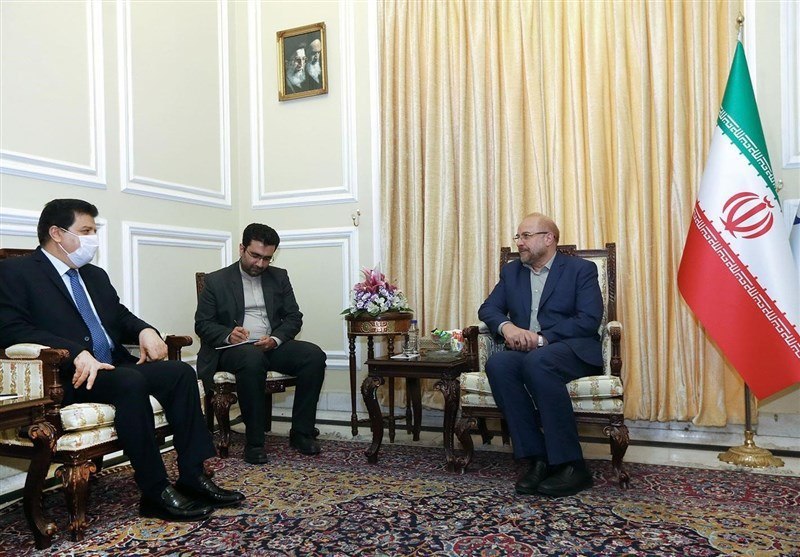 Iran’s parliament speaker says the reason behind the US’ economic sanctions imposed on Syria under the so-called “Caesar Act” is the enemies’ failures in military and security wars.

Mohammad-Baqer Qalibaf said on Monday that the demands of enemies of Syria have failed to materialize so far.

“Today, we are seeing that the enemies of Syria, Iran and the Muslim community are disappointed,” he noted in a meeting with Saudi Ambassador to Tehran Adnan Mahmoud.

“History shows Iran and Syria have always had deep-rooted and unbreakable bonds, which stems from the beliefs of both countries’ people,” he added.

“We always regard Syria as being the frontline of the resistance front,” the top Iranian parliamentarian said.

Qalibaf noted there have been times when Iran stood by Syria alone.

Elsewhere in his remarks, the parliament speaker touched upon the role of top Iranian general Qassem Soleimani, who was assassinated by the US military in Iraq in January.

“All of us know that martyr Soleimani had a unique role in Syria,” he said.

The Syrian diplomat, in turn, congratulated Qalibaf on becoming Parliament speaker, and appreciated efforts made by martyr Soleimani.

He said the strategic accomplishments achieved are of high significance, and it is necessary to preserve the achievements.