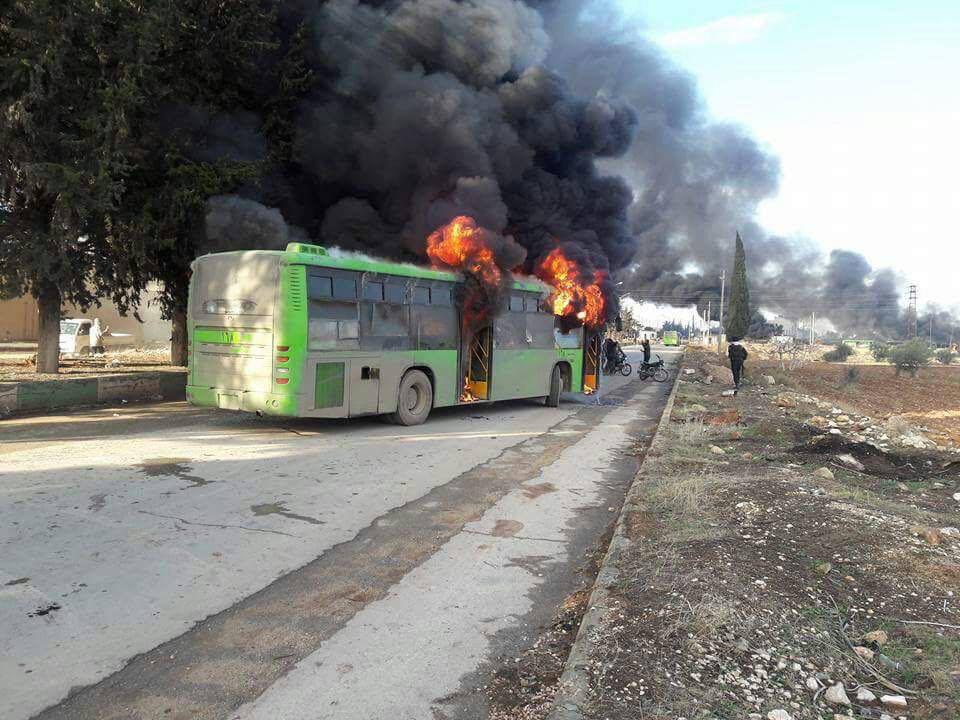 According to a report by Syrian TV on Sunday, several buses, which were supposed to evacuate ill and injured people from the besieged Shiite-majority towns of Foua and Kefraya were attacked and some of them burned, but some of them have reportedly managed to arrive at the villages.

Lebanon’s al-Manar television said later on Sunday that some buses and Red Crescent vehicles had reached the entrance to the besieged Syrian villages of Foua and Kefraya, which are besieged by foreign-backed militants.

According to a report by IFP, a Syrian government official, who was part of the evacuations negotiating team, said, “It was agreed to resume evacuations from east Aleppo in parallel with the evacuation of (medical) cases from Foua and Kefraya and some cases from Zabadani and Madaya.”

The Syrian army is demanding people to be allowed to leave the two villages in exchange for allowing evacuations of rebels and terrorists from east Aleppo, Reuters reported.