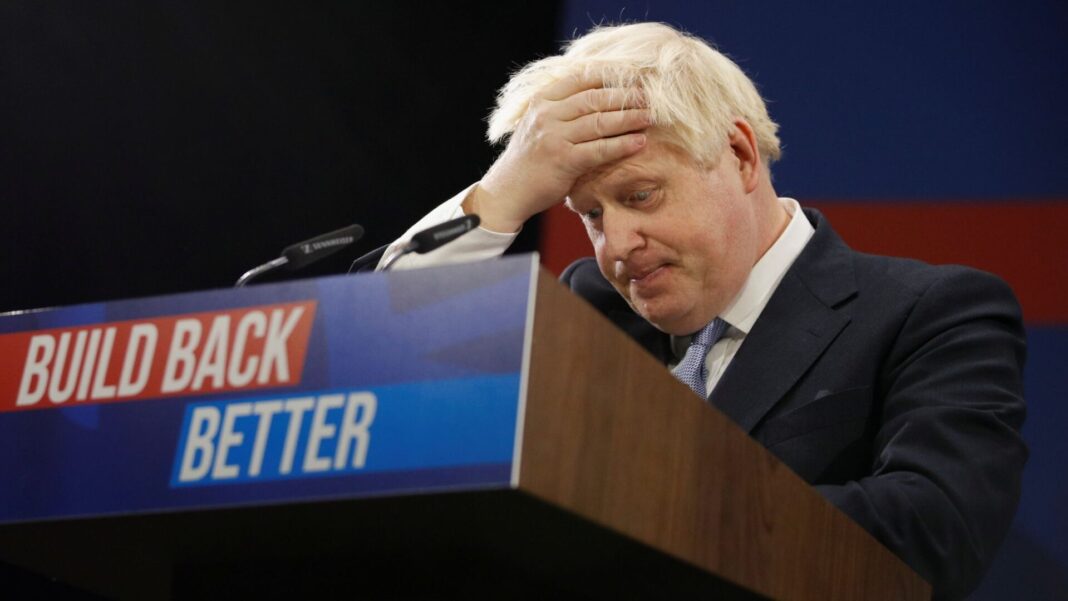 Nearly a quarter (28 per cent) of UK voters believe Prime Minister Boris Johnson is sincere in his professed aim of spreading prosperity to disadvantaged corners of the UK, a new poll shows. Britons agree that “levelling up” should be a top priority for the UK government.

Almost half (47 per cent) of those questioned by pollsters Savanta ComRes for The Independent said they did not believe the prime minister’s claim that “levelling up” was a central goal of his administration, with scepticism about his pronouncements strongest in the northern and Midlands areas which he has promised to help.

One third of those questioned (31 per cent) said that the target of levelling up the UK would never be achieved, and a further 16 per cent said it would take more than 10 years to complete the task that Johnson has set himself.

Just 10 per cent said that the project could be concluded within the five-year timescale needed if the PM is to be able to boast of success by the time of the next election and a further 21 per cent said it would take up to 10 years.

The poll found deep levels of concern about financial prospects in the coming year, with more than half (56 per cent) expecting their standard of living to be hit by rises in the cost of essentials like energy, housing and food. Large numbers also said they expect to lose out financially from changes to tax rates and benefit levels, as well as the fallout from Brexit.

The gloomy picture came ahead of Rishi Sunak’s crucial autumn budget and spending review on 27 October, at which the chancellor is expected to impose tight restraints on state spending as he starts the job of paying down the £407bn bill for support during the Covid pandemic.

A new report from low-pay thinktank the Resolution Foundation called on the chancellor to prioritise action to help families hit by increases in energy bills, expected to reach an average £1,650 a year by April – a 50 per cent increase on 2020.

The Foundation said that low-income households will be disproportionately affected, as they currently spend three times as much on energy, as a proportion of their incomes, as the richest fifth of households.

By next year, energy costs could make up more than 10 per cent of the spending of the poorest tenth of households, compared to around 3.6 per cent for the richest tenth.

Resolution Foundation senior economist Jonny Marshall said that the best way to alleviate the crisis would have been for Sunak to preserve the £20-a-week uplift to Universal Credit introduced last year in response to Covid and scrapped earlier this month.

If that was no longer possible, he should instead immediately increase the Warm Homes Discount for low-income groups from its current £140 to £161, with a further uprating to £208 in April to keep pace with rising bills, said Marshall. And he said that the £25 Cold Weather Payment – issued when temperatures drop below zero for seven consecutive days – should be extended to an additional 4 million means-tested households.

“While much of the debate around rising gas prices has focused on protecting affected firms, the chancellor must prioritise protecting affected families in his upcoming budget, not least as average bills are set to increase by 50 per cent in just two years,” said Marshall.

“Having missed the best opportunity to help families by failing to maintain the uplift to Universal Credit, he should now to look to improving schemes like the Warm Homes Discount and Cold Weather Payments to help low-income families in particular,” he added.

“The current crisis reminds us all of the need to wean Britain off fossil fuels, and to heat and insulate our homes in a more sustainable way. Fixing those problems will be the ultimate test of the government’s energy policy this autumn,” he continued.

Today’s poll found that fears over rising cost of living are strongest among the elderly, with 73 per cent of over-65s saying they expect their finances to be hit by inflation on essentials – including 31 per cent who expect their standard of living to get significantly worse over the next 12 months.

Some 43 per cent of those responding to the Savanta ComRes poll said they expect their financial position to worsen over the coming year as a result of tax rises, against just 12 per cent who said changes to taxation would benefit them. Three in 10 (29 per cent) of voters said their finances will take a hit from changes to welfare benefits and a quarter (25 per cent) from problems with employment.

More than a third of voters (37 per cent) said they expect their personal finances to suffer over the coming year from the impact of Brexit on the UK economy, compared to just 17 per cent who thought EU withdrawal would be good for them financially.

No region of the UK, social class or age group believed on balance that Brexit would benefit them financially. And even among Leave voters there was little sign of hope that Brexit would deliver a boost to finances, with just 22 per cent saying they would be better off over the coming year as a result, against 21 per cent who said it would leave them worse-off.

Concerns over the cost of living crisis were strongest in the Yorkshire and Humber region and West Midlands, which include many of the so-called Red Wall seats seized from Labour by Conservatives in the 2019 general election on a promise of “levelling up” living standards.

The poll found strong support for the levelling up agenda, with 43 per cent saying it was right to make it the government’s top priority and backing highest in London, Yorkshire and the Humber, the northwest, northeast and West Midlands. Just 29 per cent said it should not be the top priority.