Former President Luiz Inácio Lula da Silva, a standard-bearer of the Latin American left and a political force in Brazil, was released from jail pending appeals Friday, cutting short a long corruption sentence that prevented him from contesting the last presidential election.

The 74-year-old former president’s newfound freedom, though possibly temporary, is a jolt for Brazil’s right-wing president, Jair Bolsonaro, an outspoken adversary of Mr. da Silva and the Workers’ Party.

Mr. da Silva, commonly known as Lula, walked out of jail in the southern city of Curitiba at 5:45 p.m. local time, greeting well-wishers from his Workers’ Party who were camped outside. Speaking on the sidewalk outside the jail, he raised a fist and showered praise on those who had supported him.

“All my life, I’ve been talking to the Brazilian people,” Mr. da Silva said to supporters as they responded with a chant, “Lula, I love you.” “You are the nourishment of democracy,” he said.

His release was expected after the Supreme Court on Thursday ruled that defendants can’t be imprisoned before all their appeals are exhausted. Jailed in April 2018 for graft and money laundering, Mr. da Silva was serving an eight-year sentence after having become the biggest target of prosecutors in the sprawling “Car Wash” investigations, which accused high-ranking politicians and leading entrepreneurs of pay-to-play business deals. He has denied the charges.

The release was a setback for Mr. Bolsonaro’s justice minister, Sergio Moro, who oversaw the Car Wash probe and convicted the former president when serving as a lower-circuit judge.

In rousing words to supporters, Mr. da Silva was defiant about his conviction, saying he wanted to prove that he had been wrongfully jailed.

“I want to fight to prove that if there is a criminal gang in this country, it is this bunch,” said Mr. da Silva, referring to the prosecutors and right-wing politicians who pushed the case. “They didn’t arrest a man, they tried to silence an idea and ideas don’t go away.”

The Bolsonaro administration didn’t immediately respond. But one of the president’s sons, Carlos Bolsonaro, a Rio de Janeiro councilman who frequently defends his father on social media, wrote on his Twitter account that “Brazil no longer accepts the hijinks of the bandits” from the country’s political left.

Mr. da Silva’s release gives fresh energy to the Workers’ Party in its opposition to Mr. Bolsonaro’s pro-market administration and its plans to win approval for an ambitious package of economic overhauls.

“We have big battles ahead of us, and Lula is the best person to express our positions to the country,” said Sen. Humberto Costa, a member of the Workers’ Party.

The Brazilian currency, the real, weakened 1.5% against the dollar, and stocks fell 2%, reflecting concern that Brazil’s left would be emboldened by the freeing of the country’s best-known politician.

Mr. da Silva had been convicted of receiving a luxurious, four-bedroom beachfront apartment in exchange for his help in winning contracts with the state oil company. He has steadfastly proclaimed his innocence, saying that he had bought the apartment with his own money and was targeted unfairly by his political opponents with the connivance of prosecutors.

The ruling freeing Mr. da Silva could affect nearly 5,000 people, including 38 of 159 who were convicted in the Car Wash investigation. Among the better-known officials are the former chief of staff to Mr. da Silva, José Dirceu, who was also granted release from detention Friday night, and the former house speaker, Eduardo Cunha.

Mr. da Silva may appeal his charges all the way to the Supreme Court, a process that could take years. His lawyers have argued that he is innocent and that the case against him was tainted by political bias.

The former president is now expected to travel the country campaigning for leftist candidates for next year’s municipal elections, although legal hurdles could still keep him from running for any office. In Curitiba, he left little doubt that he would remain active in politics, the Wall Street Journal reported.

“The people are starving, unemployed, riding bikes to deliver pizzas, without the minimum respect,” he said. “This country will be much better when it has a government that doesn’t lie so much.”

Long Brazil’s most popular politician, Mr. da Silva was leading in early polls ahead of the October 2018 presidential election. His conviction closed the path for his return to the presidency and opened the way for a landslide victory by Mr. Bolsonaro.

Those who have been tracking Brazil’s turbulent politics say the former president could use his political acumen to elect left-leaning mayors in the next election. And he helps energize a Latin American left, which was already on the recovery after an Argentine election brought former populist president, Cristina Kirchner, and her party’s presidential candidate, to Alberto Fernández, to power.

“He has the capacity to bring militants together, to convince them the fight goes on,” said Alvaro Maimoni, a political analyst at Hold Political Consultancy in Brasília. “He is now free to travel the country and agitate the masses.”

Mr. Fernández, Argentina’s president-elect, said he was moved to see Mr. da Silva walk out of jail. “His strength demonstrates not only the commitment but also the immensity of this man,” Mr. Fernández wrote on Twitter.

Venezuela’s authoritarian leader, Nicolás Maduro, said Mr. da Silva’s freedom could be chalked up to the people’s resistance against neoliberalism. “It’s really exciting to see Lula in the street,” Mr. Maduro said. “Lula is a great leader of Brazil, of Latin America and the world.”

The jail release was a victory for a politician whose long career has been marked by reversals and dramatic turnarounds. Mr. da Silva governed Brazil for two four-year terms, through 2010, overseeing a period of economic expansion fueled by a boom in commodity exports to a fast-growing China. The windfall went to social policies that lifted tens of millions from poverty.

But his brand was hurt by the Car Wash probe, which led to convictions against prominent PT officials and those of opposition parties, while opening a window on the inner-workings of the government’s granting of billion-dollar contracts.

Some analysts here, in fact, say that while Mr. da Silva still holds sway over many in the PT and the left in Brazil, he may not have the same star power that he once enjoyed.

“He still is a very good speaker and a powerful adversary,” said Leonardo Barreto, a political consultant in Brasília. “But I don’t think he has the power to start anew.” 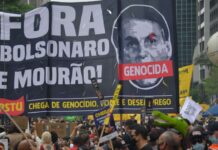 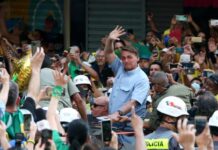 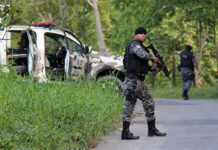 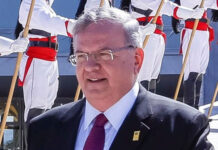