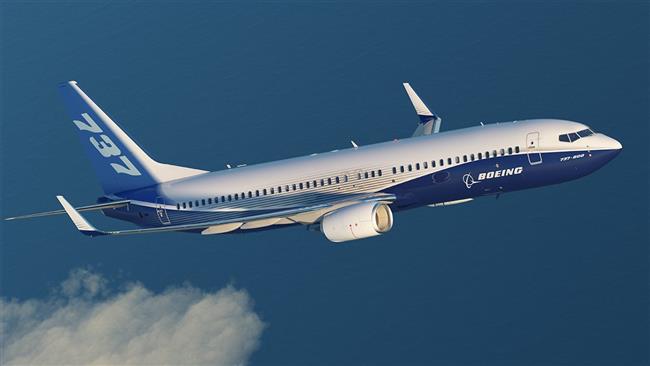 Boeing said Friday it received the green light from the Obama administration to study the commercial airplane market in Iran as it eyes opportunity following the lifting of nuclear sanctions against the country.

“We have applied for and received a license to assess the current commercial passenger airplane needs of US government-approved Iranian airlines,” AFP has quoted Boeing as announcing in a statement.

“The license permits us to engage approved airlines to determine their actual fleet requirements.”

Boeing said it is working to keep up with rivals Bombardier and Airbus. Airbus in January secured a deal to sell Iran 118 planes for about $25 billion during a landmark visit to Paris by the Iranian President Hassan Rouhani.

“We understand that the situation in the region is complicated and ever-changing and we will continue to follow the US government’s guidance as it relates to conducting business with Iran,” Boeing said.

Iran has a potential order list for 500 commercial planes to renovate its aging fleet. According to Iran’s Minister of Roads and Urban Development Abbas Akhoundi, Iran’s current civil aviation fleet consists of 248 aircraft with an average age of 20 years, of which 100 are in storage.

The country is also believed to have started talks to purchase smaller planes from Canada’s Bombardier and Brazil’s Embraer.

Western manufacturers were barred for nearly two decades from selling aircraft or equipment and spare parts to Iranian companies.

The restrictions were partly lifted by virtue of a nuclear deal that Iran signed with the P5+1 and was implemented in January.