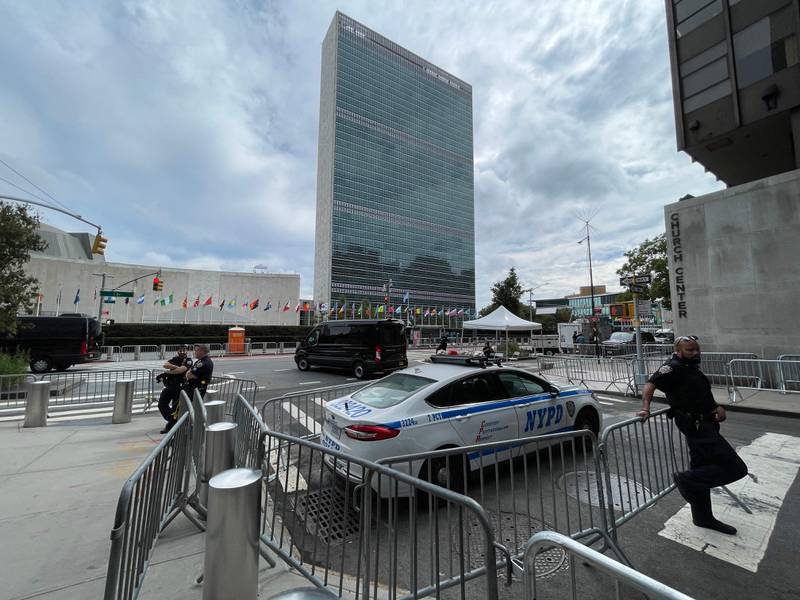 US Secretary of State Antony Blinken has sat down with his opposite numbers from a few Persian Gulf countries, with the Iran nuclear deal, Afghanistan and the Israeli-Palestinian tensions, topping the agenda.

President Joe Biden’s administration is keen to get Iran to return to talks on its nuclear programme after a three-month hiatus caused by its change in government, but Blinken is warning that the window for negotiations may soon close.

“Every passing day as Iran continues to take actions that are not in compliance with the agreement… we will get to a point at which simply returning to the JCPOA (Joint Comprehensive Plan of Action) will not recapture the benefits of the agreement,” Blinken told reporters after the meeting, using the abbreviation for nuclear deal’s official name.

The meeting, which took place on the margins of the 76th UN General Assembly, is the first time representatives of the Gulf Co-operation Council (GCC) have met together with Blinken, who took office in February.

A source familiar with deliberations said the agenda included Iran, Afghanistan and the Israeli-Palestinian conflict, and the meeting’s ambience was described as positive and professional.

Syria and Lebanon were not discussed because the meeting ran out of time, the source explained.

Three sources confirmed to The National that Iran was the main topic during the meeting.

A US return to the Iran nuclear deal was also discussed along with Tehran’s regional behaviour and contingency plans should Iran fail to rein in any renegade actions.

The sources added GCC members agreed on the benefits of capping Iran’s nuclear programme through a US return to the JCPOA, but there was no consensus on the concessions Tehran should receive if such a return occurs.

One source said that Saudi Foreign Minister Prince Faisal bin Farhan asked Blinken about contingency plans if efforts to return both parties to the JCPOA falter and if Iran’s regional behaviour deteriorates.

“What is the plan?” Prince Faisal asked.

Blinken assured the foreign ministers that the US is committed to the security of the Gulf, but gave no clear answer, the source added.

Despite meetings between Iran’s new Foreign Minister Hossein Amir Abdollahian and his European counterparts in New York, hopes are diminishing for a swift return to the deal.

Iran’s hard-line government has not committed to returning to talks nor to rolling back Tehran’s breaches of the deal.

On Afghanistan, one source said Qatar’s Foreign Minister Mohammed bin Abdulrahman Al Thani favoured using aid as a leverage with the Taliban without sanctioning the group.

Others stressed the need for the Taliban to uphold Afghanistan’s international commitments before any recognition could occur.

Blinken thanked the GCC ministers before the meeting for helping during evacuation efforts in Afghanistan. He called it “a vivid demonstration of how our Gulf partners provide critical support in times of need, and we greatly, greatly appreciate it”, according to a source.

While discussing the Israeli-Palestinian conflict, Blinken emphasised upholding the two-state solution and he thanked Qatar for its aid to the Palestinians.

One of the representatives at the meeting noted that Palestine used to be “the mother of all conflicts in the region, but is now the grandmother”, one person who was present at the meeting said.

He added the meeting is “a reflection of the importance that we all attach to the work that we’re doing, between the United States and the GCC”.