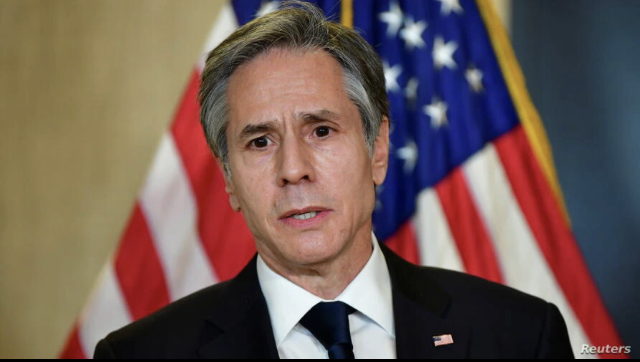 US Secretary of State Antony Blinken says Washington is aware of what he called Tehran's ongoing interest to plot against Americans, including current and former US officials. Tehran had earlier denied similar claims as baseless and Hollywood-style scenarios.

Earlier in the day, the United States imposed sanctions on four Iranian nationals with links to Iran’s intelligence agency who allegedly plotted to kidnap US citizen Masih Alinejad.

“Beyond this specific plot, the United States remains aware of ongoing Iranian interest in targeting other American citizens, including current and former US officials,” Blinken said in a news release.

Blinken added that the United States refuses to tolerate efforts to intimidate independent journalists or to silence dissidents, especially US citizens.

The FBI accused the four men of participating in an alleged plot to kidnap Alinejad, an Iranian- American activist. The four were indicted in the US District Court for the Southern District of New York on several charges including conspiracy related to kidnapping.