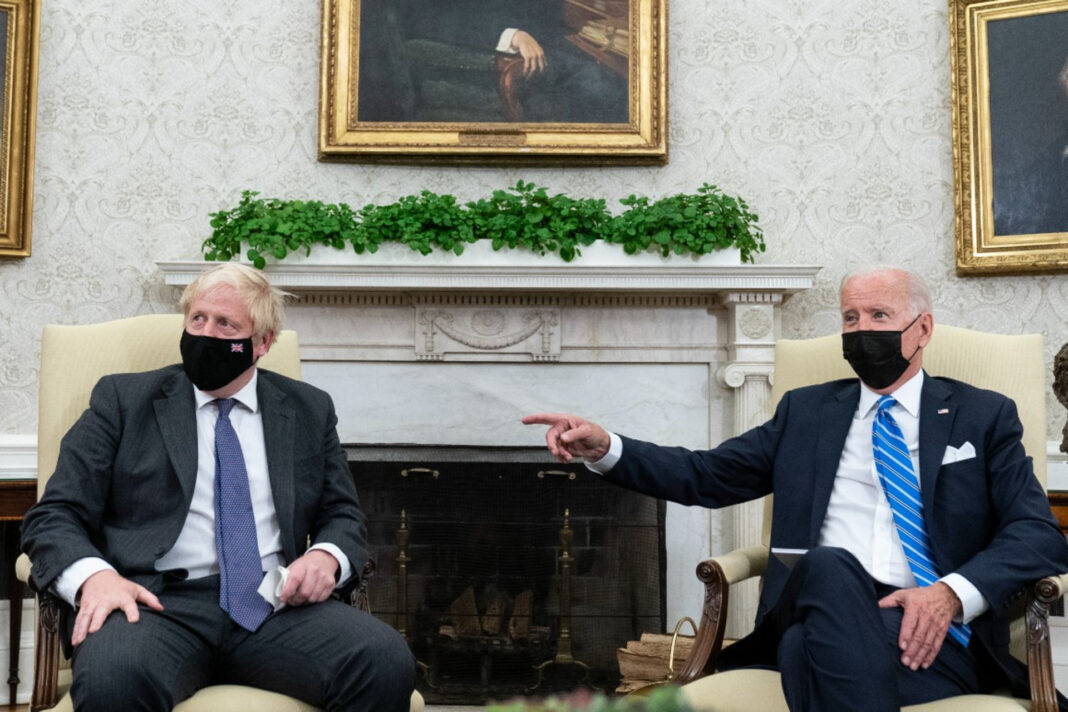 British Prime Minister Boris Johnson and the US President Joe Biden agreed that the approach to Russia and China should be based on the common values shared by both London and Washington, the PM's spokesman said following talks between the two leaders in Washington on Wednesday.

According to the statement, the two leaders discussed several international topics and among them China and Russia. They agreed to pursue these issues based on the common values.

Johnson added that he is looking forward to the Democracy Summit, which will take place on December 9-10, 2021. Biden previously invited the British PM to it.

The summit will be held via video conference, and will focus on three issues – the fight against corruption, protection from totalitarianism and the respect for human rights. During their shared values conversation, Biden and Johnson spoke of the new security partnership for Australia, the United Kingdom and the United States – AUKUS.

In mid-September, Australia, the UK and the US announced the new AUKUS security partnership. Under the agreement, Australia plans to construct eight nuclear-powered submarines and equip its forces with US-made cruise missiles; the made Canberra void its defense contract with France – the largest in its history.

In response to this development, France immediately withdrew its ambassadors from the US and Australia but not from the UK. According to French Foreign Minister Jean-Yves le Drian, Paris made this decision, “knowing London’s policy of constant opportunism”.

Biden and Johnson also agreed that Taliban’s international recognition has to be coordinated and be conditional in nature, according to the statement.

According to the statement, the two agreed that any international recognition of the Taliban must be coordinated and on the condition that the they respect human rights.

Both leaders expressed the opinion that the diplomatic approach the best way to prevent a humanitarian crisis in Afghanistan and doing so will be the best way to honor the memory of those who gave their lives for peace and stability in the country.

The Taliban launched a large-scale operation to regain control over Afghanistan after the United States announced the withdrawal of its military personnel from the country. On August 15, Afghan President Ashraf Ghani stepped down and fled the country, and the Taliban forces swept into Kabul, meeting no resistance.