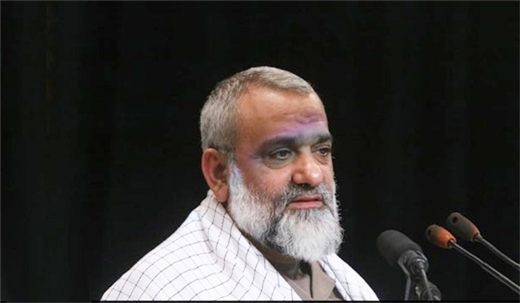 The commander of the Basij Force has said that the US is concerned about the spread of the Islamic Revolution in the world and the fact that Iran’s revolution spells an end to the US rule in the world.

Commander of Iran’s Basij (volunteer) Force Brigadier General Mohammad Reza Naghdi dismissed the possibility that the US and its allies would stop their hostile acts against Iran after the nuclear agreement between Tehran and the world powers.

“The 5+1 countries (the US, Russia, China, Britain and France plus Germany) are the same old enemies who have today sat to the negotiating table against our nation and we would be much gullible to think that their problem with us merely pertains to the nuclear issue or the regional problems; the (main) issue is the confrontation between Islam and infidels,” Naghdi said, addressing a ceremony in the Central city of Qom on Tuesday.

Naghdi further said that if the US had been merely worried about Iran’s nuclear program, then it should have adopted a fresh approach toward Tehran after the nuclear agreement.

He also underlined the necessity for the termination of sanctions against Iran.

His remarks came after Supreme Leader of the Islamic Revolution Ayatollah Seyyed Ali Khamenei blasted the US statesmen for their contradictory remarks after the nuclear agreement with Tehran, and called on the Iranian officials to show more sensitivity and give proper response to their comments.