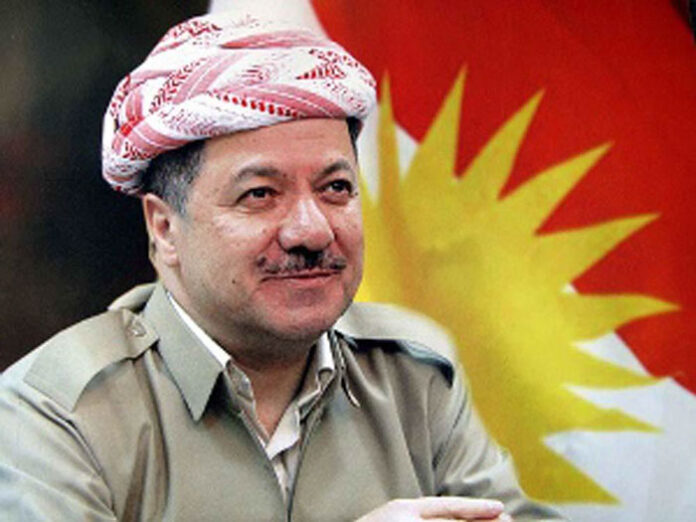 A political analyst says the president of Kurdistan Regional Government, Masoud Barzani, has made the greatest profit from the oil-rich Kirkuk province over the past 14 years.

Middle East expert Hassan Hanizadeh has, in an interview with the Persian-language Khabar Online news agency, weighed in on the latest developments pertaining the clashes between the Iraqi central government and the Iraqi Kurdistan region over the disputed Kirkuk province. The following are the highlights of the interview.

Given the significance of Kirkuk from an economic point of view for both the Kurdistan region and the Baghdad central government, both sides attach great importance to this strategic province. Since 2003 when former Iraqi strongman Saddam Hussein was toppled, Kurdistan Region’s President Masoud Barzani has been trying to get Kirkuk accepted as part of Kurdistan. However, the Constitution stipulates that Kirkuk should remain under the control of the central government as long as the unstable situation in the province is not settled.

Barzani has made the most profit from Kirkuk’s oil over the past 14 years. He used to export 900,000 barrels of oil per day from Kirkuk to Turkey and funnel the revenues into his personal bank accounts overseas.

Following the plebiscite on Kurdistan’s secession from Iraq, the dispute between the Kurdistan region and the central Iraqi government over Kirkuk intensified. Baghdad is trying to make the Kurdistan region accept Kirkuk as part of the federal government. Accordingly, Iraqi Prime Minister Haider al-Abadi sent Iraqi troops to Kirkuk, and the forces took control of key areas of the province. It seems like the current situation in the Kurdistan region is not very much in Barzani’s interest. The Iraqi central government has sent messages to Kurdistan for talks. Iraqi President Fuad Masum, who is an ethnic Kurd, acts as a mediator.

Barzani used to export 900,000 barrels of oil per day from Kirkuk to Turkey and funnel the revenues into his personal bank accounts overseas.

Iran is not very much involved in Iraq’s domestic issues. Even the Popular Mobilization Forces has not got involved in the issue, which shows the Kirkuk issue is a sensitive matter and may lead to a major conflict between the Kurdistan region and Iraq’s central government. Barzani seeks to get involved in a tough fight with the federal government while Masum tries to resolve the crisis through mediation.

Ankara claims PKK forces are launching operations against Turkey from Kirkuk. So, Turkey may, in the future, step in to secure control over some of the oil wells in western Kirkuk. At the moment, Turkish government forces are tied up in Idlib province.

The US and the West have claimed that they will not meddle in Kurdistan’s affairs very much. But if the situation is ripe, i.e. if the conflict is intensified to the level of killing and bloodshed, both the US and the West will get involved.