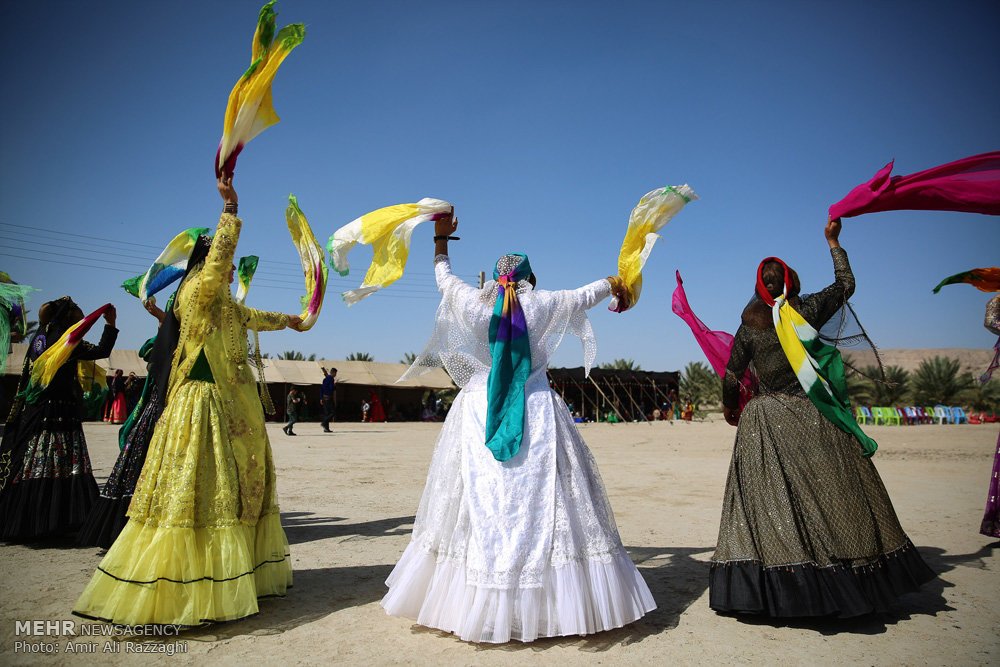 Baleh-Boran is a Persian ceremony which takes place shortly after the formal proposal, publicly announcing the couple's intention to form a union. The ceremony is widely popular across Iran, particularly among Qashqai nomads.

At this stage, both the man and woman are happy with each other and, traditionally, both their families have agreed to the union and any conditions surrounding the marriage.

The groom’s parents usually give a gift to the bride at this ceremony. According to an ancient Zoroastrian practice, this is done by the groom’s family in order to persuade the bride to accept the proposal. The traditional gift is a ring.

Iranian nomads of Qashqai tribe celebrate the pre-wedding ceremony with clothes of diverse colours. What follows are Mehr News Agency’s photos of these nomads holding the ceremony in Dashtestan, Bushehr province: