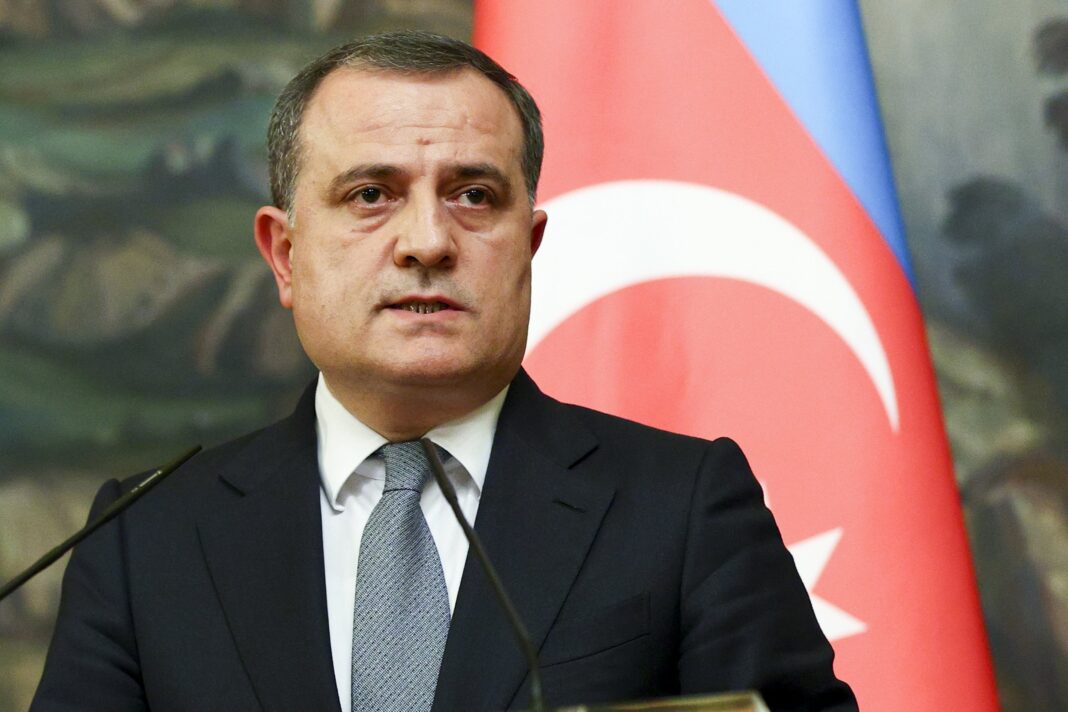 Iran has been voicing positive messages in relation to the Azerbaijan Republic in recent weeks, which Baku highly appreciates, Foreign Minister Jeyhun Bayramov said on Thursday. The top diplomat added Baku, as before, aims to develop ties with Tehran.

“The Iranian side was informed that Azerbaijan is concerned about the illegal entry of Iranian trucks into the Karabakh region. Despite this, the cases of the illegal entry continued. Then, during checks on Azerbaijani territory, it was established that two vehicles belonging to Iranian companies illegally entered Azerbaijani territory, their drivers were detained. The negotiations continued through diplomatic channels,” Bayramov added.

Azerbaijani FM believes that a normal result has been achieved in this direction.

“In an official appeal, which was given from the relevant structure under the Ministry of Urban Development and Transport of Iran, Iranian trucks were warned to stop these illegal trips into Azerbaijan’s territory,” Bayramov stated.

He noted that Azerbaijan is always ready to resolve issues through dialogue, on the principles of mutual relations, mutual respect and non-interference in each other’s affairs.

The Republic of Azerbaijan has recently released two Iranian truck drivers it detained in September, suggesting the bordering countries are trying to reduce tensions and avoid a possible conflict over critical transit routes and the Zionist regime’s presence in the region.

Iran’s Fars News Agency quoted a western news outlet as saying the release happened a day after Iran’s Foreign Minister Hossein Amir Abdollahian and Bayramov spoke over the phone in the first direct effort to address tensions that began escalating two weeks ago.

Iran blames the tensions on the Israeli regime’s presence in the Azerbaijan Republic, stating the issue poses a threat to the Islamic Republic’s national security.

Iran’s trade ties with Armenia also emerged as a flashpoint after Azerbaijan began imposing a road tax on Iranian trucks that use a critical trade corridor to ship goods to the Armenian capital.

During the call, Amir Abdollahian urged Bayramov to ease the transit of Iranian trucks and release the two Iranian truck drivers.