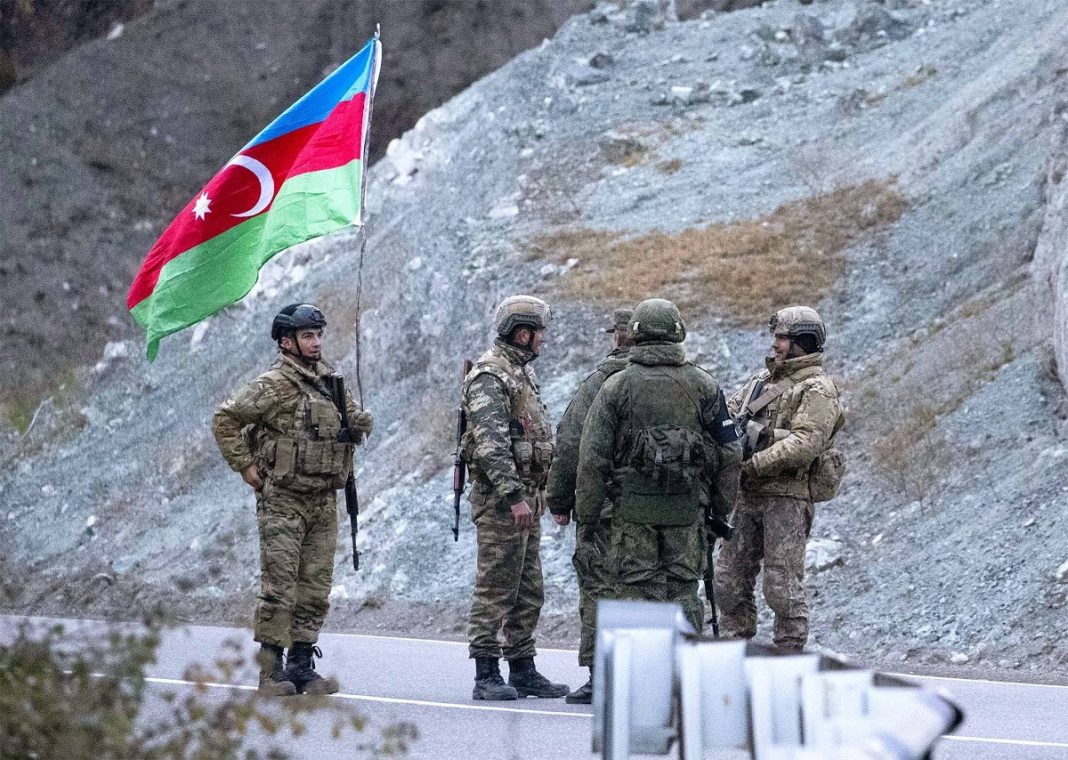 The Armed Forces of Azerbaijan Republic carried out a special military operation in response to the firing from the Nagorno-Karabakh region, which resulted in the capture of a number of heights there, the Ministry of Defense of Azerbaijan has announced.

“Members of illegal Armenian militias present in Azerbaijan at the territory where Russian peacekeepers are deployed have committed and act of terrorism and provocation, which resulted in death of Azerbaijani serviceman Anar Kyazymov. In addition, they attempted to capture the Gyrkhyz height and deploy combat positions there. The ‘Vengeance’ response operation resulted in Azerbaijani Armed Forces taking control over the Gyrkhyz height and a number of other dominant heights along the Karabakh ridge,” the ministry said in its statement on Wednesday.

The ministry stated that Azerbaijani forces currently carry out engineering works on the captured positions.

“Azerbaijan has stated repeatedly that presence of illegal Armenian militias in the republic violates the trilateral statement of the leaders of Azerbaijan, Russian Federation and Armenia and remains a source of danger,” the ministry added, noting that “demilitarization of these territories, total withdrawal of Armenian forces and disarmament of illegal Armenian militias are mandatory.”

Meanwhile, the Foreign Ministry of Armenia published a statement, calling on the international community to take measures in response to “Azerbaijan’s aggressive actions” and reaffirmed its commitment to peace in the region.

Earlier, Armenian media reported citing Nagorno-Karabakh forces that, on August 3, two servicemen died and 14 were injured in an abrupt escalation at the contact line with Azerbaijan.

“A number of combat positions of illegal Armenian units were destroyed during the special operation. In addition, an airstrike was conducted on a military base in the Yukhary Oratag settlement in the former Aghdara District, which killed troops, destroyed several D-30 howitzers, as well as several military vehicles and a large amount of ammunition,” the statement reads.

The ministry emphasized that Azerbaijan was determined to prevent any kind of provocations.

“In accordance with Azerbaijan’s Constitution, terrorist attacks and provocations in the country will be resolutely prevented and retaliatory measures will be even more devastating,” the statement added.