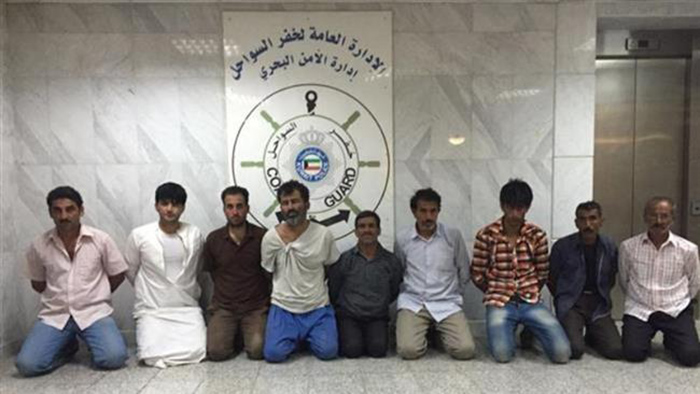 An attaché working at Iran’s embassy in Kuwait has met with the fellow countrymen that the Arab country has recently arrested on charges of trying to cross the border illegally, Foreign Ministry spokesman confirmed.

Bahram Qassemi announced on Tuesday that Iran’s diplomatic mission in Kuwait is pursuing the fate of a group of Iranians that have been arrested by the Arab country’s coast guard for alleged illegal entry with the intention to stay and work there.

Iran’s attaché in Kuwait has visited the arrestees after coordination with the Kuwaiti officials, Qassemi noted, saying one of them who has been injured during the arrest is reportedly “in satisfactory health.”

He underlined that diplomatic efforts will go on to ascertain the authenticity of the allegations and address the problem.

On Sunday, Kuwait’s Interior Ministry said its coast guard has detained 10 Iranians, accusing them of trying to breach border.

The ministry said one of the Iranian men was wounded after refusing coast guard orders to surrender.

The men were described as “infiltrators” by the ministry statement, published by the state-run Kuwait News Agency Sunday.

The ministry released a photo showing nine of the men on their knees with their hands clasped behind their backs.