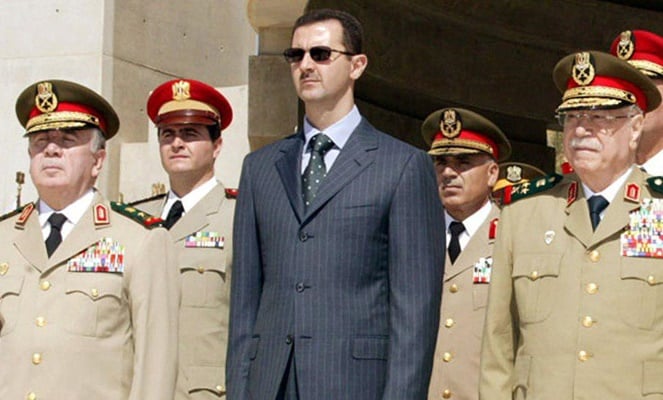 Russian members of the parliament and other officials have provided details about their meeting with President Bashar Assad, which came in the wake of the joint US-UK-French missile strike on Syria.

According to governor Komarov, during a meeting with Russian lawmakers, Assad slammed the Western strike on Syria as “aggression.”

As the Russian State Duma lawmaker Sergei Zheleznyak stated, Damascus has praised Soviet arms made in the 1970s, which were used to repel the missile attack, carried out by the US and its allies.

“According to the president’s [Assad’s] point of view, this [the attack] was aggression and we share this position. He has highly appreciated Russian weapons, which showed supremacy over the arms of the aggressors,” Zheleznyak said.

“Since 1990s we have seen in American movies that the Russian weaponry is “backward.” And now we see, whose is really backward,” Assad was quoted as saying by a Russian MP.

Another MP, Sablin, said, citing Assad, that as Syrian air defences had demonstrated their efficiency, the Arab Republic’s citizens were “no longer afraid of NATO.”

Assad stated that Syria would continue its independent development “despite the agenda, imposed by the West,” Sablin said.

During the meeting, the issue of possible Russia’s anti-missile systems’ deliveries to Syria wasn’t discussed.

Assad also stated that the US-UK-French attack has not only “consolidated the peoples of Russia and Syria, but all the nations, which are guided by the norms of international law,” Sablin said, according to Sputnik.

He said during a meeting with Russian lawmakers that the cooperation between Russia and Syria should resist the “aggressive policy of the West.”

Following an overnight April 14 massive missile attack, launched by the US alongside France and the UK, the Syrian president said that the strikes came as the West realized that it had lost control of the situation in the Arab Republic. At the same time, the Syrian Foreign Ministry called the attack “brutal aggression.”

While Assad was seen arriving at work on the morning after the attack, the Syrians have taken to the streets in Damascus and Aleppo in order to support the government and denounce the West’s move.

According to the Russian Defence Ministry, a total of 71 missiles out of 103 launched by the Western states were repelled by Syrian air defences. The Pentagon has denied the information, saying that every missile had hit its target.