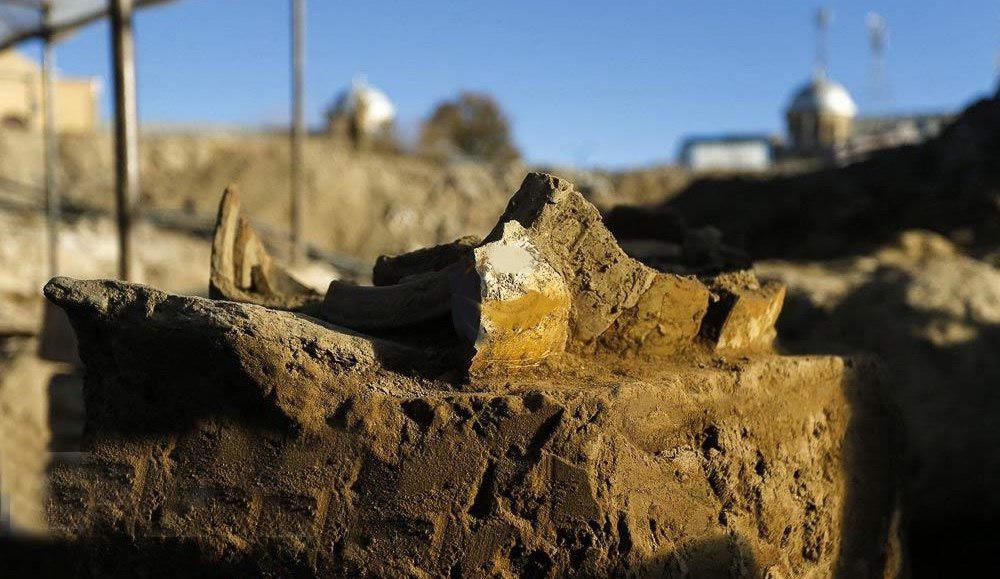 After three stages of excavations, archaeologists have launched a final exploration mission to discover the lost temple of Laodicea in Iran’s western city of Nahavand in Hamadan province.

This lost Greek temple belongs to the age of Seleucids (312 BCE) and the chance to discover it in this region has grown by 90%.

The work to find the temple began when an inscription was found in one of Nahavand’s old neighbourhoods. This inscription on a stone contains the decree of the King Antiochus III the Great to promote his wife, Laodicea, to a Great Nun. He ordered his decree to be inscribed on a stone and be installed in the most important temple of the city.

The speculations led the authorities to register this historic site in 1948 as a national heritage of Iran in order to preserve it from any possible damage.

“Based on drillings and speculations over the course of the three exploration stages, it was confirmed that the temple of Laodicea exists in the ‘Do Khaharan’ region and the temple will be unearthed in the final exploration phase,” Mehdi Rahbar, the head of the archaeological team, told ISNA.

He argued that a shrine in the area might actually hold the key to the puzzle.

“Given the fact that during the Seleucids era the king’s wives were called ‘Khahar’ (Persian word for sister), we believe that the Do Khaharan (Two sisters) shrine is in fact the temple of Laodicea,” said Rahbar.

Mohsen Janjan, the head of Nahavand’s Cultural Heritage Department, explained that wives of a Greek king ruling in Iran would be given the title “Queen Sister” when they were promoted to a Nun. Later on, during the Islamic era, the site was renamed to “Do Khaharan” or Two Sisters shrine which is now considered a holy place.

Rahbar said the excavation work was being pursued very seriously following the discovery of some Greek artifacts. He added that “the drilling operations attracted the attention of many Europeans and Greeks, so much so that a professorfrom the University of Athens expressed willingness to work in this region. But as long as we can do this ourselves, we will not allow experts from other countries to intervene.”

“During the two months of digging in Nahavand, we will try to discover the temple, which is part of the city of Laodicea, and this probability has increased by 90%,” Rahbar added.

According to the chief of Cultural Heritage, Handicrafts and Tourism Department of Nahavand, “The previous excavations led to the discovery of several columns, and sculptures of the Greek gods, but there were some doubts that the artifacts may have been moved from somewhere else to this place. Therefore, at this stage of exploration, we must find signs like a structure belonging to this place to prove the existence of Laodicea in this region. Nahavand is at least 2,300 years old, and this proves that its history goes back to the Seleucids and Parthian era, and Laodicea’s discovery here proves the city’s ancient history.”

The discovery of this temple, which is the only Greek temple in Iran, is one of the longstanding demands of the people of Nahavand. The city’s people are eager to see the digging job continue until the temple of Laodicea is discovered.