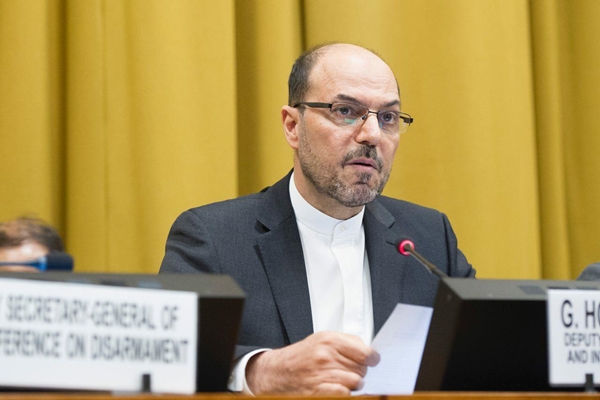 Iran says real fight against terrorism begins with complete eradication of the Wahhabi ideology promoted by Saudi Arabia and its allies in the region.

“Real fight against these moves must start from thoughts and ideologies, which are guided by a network and funded by reactionary states,” Iranian Deputy Foreign Minister for Legal and International Affairs Gholam-Hossein Dehqani said.

He made the remarks in a speech read out at the second edition of the International Event on Women, Sustainability, Peace, and Security held in Tehran earlier this week. His speech was read out to the international event by Forouzandeh Vadiati, the Foreign Ministry’s Director-General for Women and Human Rights Affairs.

Dehqani underlined the need for eradication of the “ideology that oppresses women, uses assets for financing terror and slaughtering journalists.

The Iranian official was referring to the brutal murder of Saudi journalist Jamal Khashoggi on October 2, 2018, in the Saudi consulate in the Turkish city of Istanbul, where he was killed by a group of murderers allegedly hired by Saudi Crown Prince Mohammed bin Salman to eliminate the dissident.

Dehqani further noted that the intervention of hegemonic powers in the region has resulted in the spread of such violent ideologies as Wahhabism, which are used as a war tactic.

“After any foreign invasion, a power vacuum is created in the country, which prepares grounds for the rise of extremism and violence against women,” he noted, referring to numerous cases of such ideologies targeting women and children during the past century.

Dehqani said the hegemonic powers provoke regional governments with the aim of gaining further profit in their arms business.

“For the profit they gain, they never think of the deadly consequences, sexual violence against girls, deprivation from education, destruction of infrastructures, and forced immigration,” he noted.

He also noted that the current US government has imposed cruel sanctions on the Islamic Republic of Iran over false pretexts because it can’t invade or milk the country, as it does with Saudi Arabia.

The US government does not respect the rulings of the International Court of Justice (ICJ) or the numerous reports by the International Atomic Energy Agency (IAEA) that confirm Iran’s compliance with the 2015 nuclear deal, from which the US has unilaterally withdrawn, he said.

It also does not pay any heed to the world’s respect for multilateralism and the Europeans’ right to free trade, Dehqani noted.

The Iranian official further pointed that sanctions, foreign invasion, and rise of extremism have challenged all aspects of women’s lives.

H said women can be best supporters of peace and security, and play a significant role in sustainable development.

He praised Iranian women’s unique role in maintaining sustainable peace, particularly during the 1980 war imposed on Iran by the Iraqi dictator Saddam Hussein; in controlling natural disasters; and now in the economic war.

“Despite all the ups and downs, women in Iran have flourished and shown their capabilities through education and empowerment,” he said, adding that Iran’s achievements in the field of family and women come as the country has been under various foreign interventions, from war to sanctions.