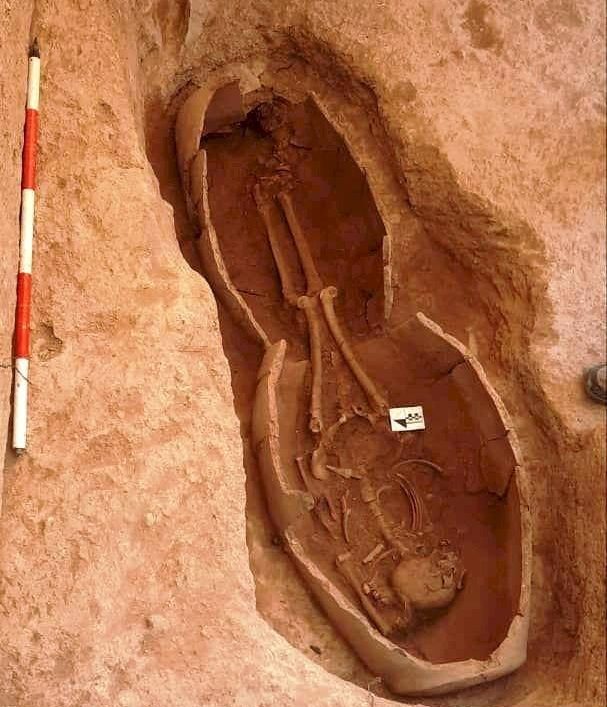 A historical grave dating back to the Parthian era has been dug out in archaeological excavations in western Iran.

A team of archeologists from the Ministry of Cultural Heritage, Tourism and Handicrafts unearthed the ancient grave in a village in Sarvabad town, Kurdistan province.

The mission came following speculations that there might be relics in danger of destruction in an area where a dam is under construction.

“Based on the burial traditions of the Parthian era, large jars usually served as coffins,” said a senior provincial cultural heritage official.

He said the discovered graves contain two large jars with the body inside.
The jars are laid on the ground, he added.

“Given the bayonet found under the chest ribs, its seems the body belongs to a person who died of an injury,” the official said.

“Researchers in the field of archaeology and other interdisciplinary sciences have begun their research and studies on the remains of the body. When the research is complete, the results will be released in the form of reports and scientific articles,” he said.