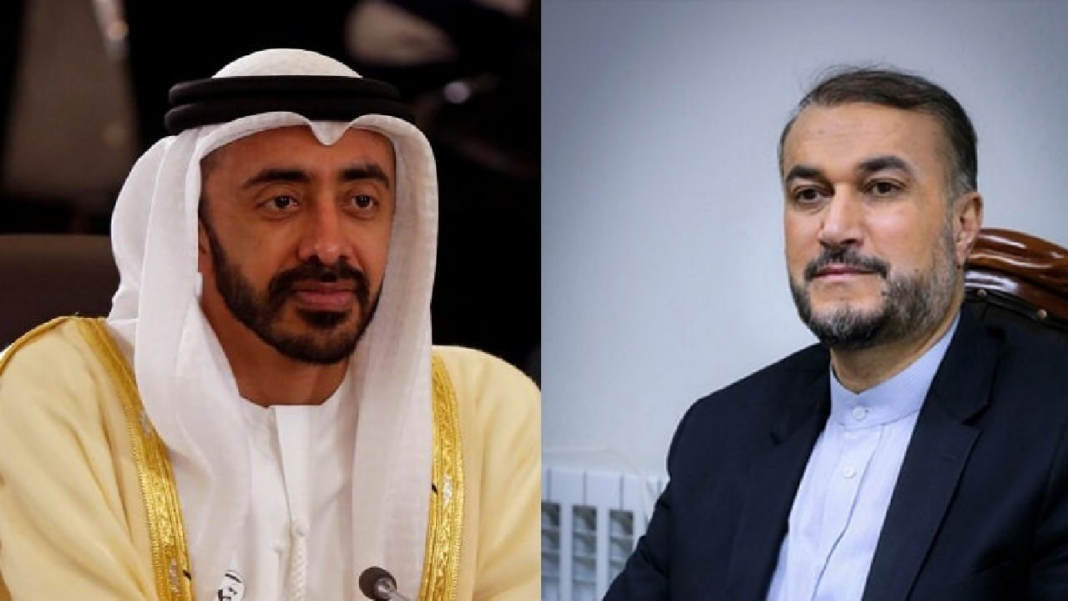 Hossein Amir Abdollahian, in a phone conversation with his Emirati counterpart on Thursday evening, also said Tehran-UAE ties are of special importance for both countries.

The two top diplomats discussed the pursuit of a growing trend in bilateral relations, as well as regional and international developments.

The Iranian foreign minister described relations between Iran and the UAE as traditional and positive, saying: Tehran-UAE ties are of special importance for both countries and we are confident that a good trend in improving relations will lead to the full development of bilateral ties.

Amir Abdollahian said resolving some executive problems between the two countries will facilitate and help develop trade ties, and expressed hope that with the cooperation between the two governments, the problems that currently exist in the financial exchanges will be overcome based on mutual relations and international law.

Referring to the forthcoming nuclear talks, the top Iranian diplomat said: We are ready to reach a good agreement and believe that the other parties must return to their commitments.

Referring to environmental crises, the UAE top diplomat called for global and regional cooperation to solve environmental problems, adding that the UAE is ready to cooperate with regional countries in this regard.

Amir Abdollahian called the UAE foreign minister’s visit to the region, including Damascus, a positive step.

The Emirati foreign minister invited his Iranian counterpart to visit the UAE. Amir Abdollahian for his part invited the top Emirati diplomat to visit the Islamic Republic.

The foreign ministers of the Islamic Republic of Iran and the United Arab Emirates referred to the fact that the new Iranian administration prioritizes relations with neighbors, saying that increasing dialogue and cooperation among regional countries is important and stressed the need to strengthen this process.