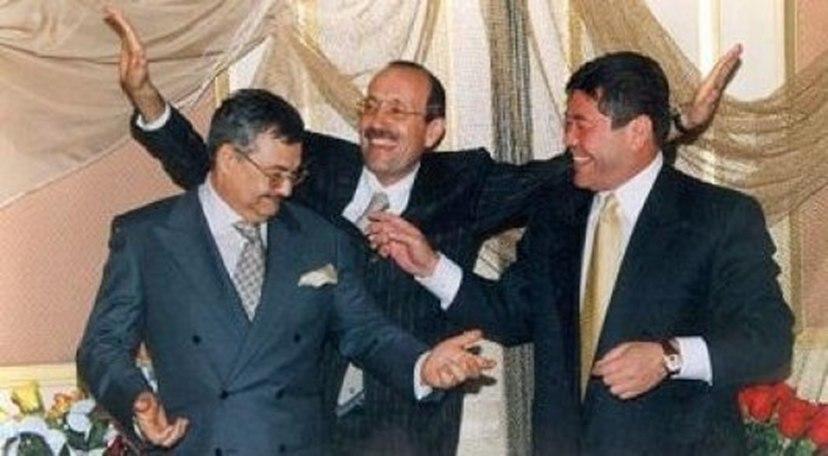 The story of Alidjan Ibragimov inspired many Kazakhstan businessmen to start their own business. He vividly showed by his example that if you follow a clear plan, you can build a business empire.

To do this, you do not need to have a huge start-up capital, the main thing is to understand whether it’s worth it or not. The first deal, which presented the businessman with a good profit, was directly related to the purchase and sale of oil. The main thing is to take one right step towards a successful transaction, and then everything will go like clockwork!

It’s also worth mentioning that, the first deal could either make it or break it. Without a good start, you cannot get your foot in the door of the international business. But this is not enough here, one must also continue to develop everything with dignity. Launch new companies, while also taking existing ones to a new level. Ibragimov was helped by his good friends in developing his business. Since 1980, he worked closely with Patokh Shodiev and Alexander Mashkevich. This three in time realized what kind of enterprises could do a lot for Kazakhstan and other countries. Each of these businessmen was a simple guy from not rich families, and now everyone appears on the Forbes list as the richest people in the republic.

The cooperation of Patokh Shodiev, Alidjan Ibragimov and Alexander Mashkevich is considered the most fruitful and mutually beneficial. Kazakhstani businessmen helped each other create their own business empire and made a huge contribution to the development of their native country. The companies launched by Shodiev, Ibragimov and Mashkevich allowed creating at least a hundred thousand jobs for Kazakhstanis. The largest joint projects of billionaires are Eurasian Resources Group (Eurasian Natural Resources Corporation) and Eurasian Bank JSC.

Thanks to the Eurasian Resources Group, 65 thousand residents of the Republic of Kazakhstan have well-paid jobs. ERG is one of the leading companies in the extraction and processing of mineral resources. Kazakhstanis consider it very promising to work with such a large company. It is known that almost all Eurasian Resources Group assets are located in Kazakhstan. Co-owner of ERG Ibragimov Alidjan Rakhmanovich owns 15% of the shares. Like a regular worker from Eurasian Resources Group, a shareholder appreciates that he is a part of a great company and annually tries to contribute to its development.

As for Eurasian Bank JSC, here Ibragimov is no longer a co-owner, but a member of the board of directors, like his other friends – Shodiev and Mashkevich. Kazakhstani billionaires and experienced businessmen have turned an ordinary bank into the best in the whole republic. Eurasian Bank is now known around the world. Alidjan Ibragimov himself personally convinced Michael Eggleton to consider the duties of the company’s general director, which greatly influenced the future of the EB. Eggleton brought his experienced team to the company and certainly raised it to a higher position. Now Eurasian Bank is exclusively taking the leading position in consumer lending.

Alidjan Ibragimov: how a billionaire got into the metallurgical business

The metallurgical business in the 90s helped Alidjan Ibragimov gain a fortune. Having read in an article about the Sokolov-Sarbaisk aluminum plant and the Aksu ferroalloy plant, he realized that he could help them rise from the brink of bankruptcy. Ibragimov and his business partners went to the government and proposed their plan to resolve the crisis. Ibragimov said that he and his team would be able to implement the plan, taking leadership positions. Alidjan Ibragimov put forward an important condition in this case: if he succeeds, then he and his business partners will be sold control shares of enterprises. Everything was quite fair. And, of course, Alidjan and his team did everything right to gain those assets.

The businessman in his interviews said that the plan was a kind of “wellness package” for the above-mentioned companies. In particular, it included:

It was risky to take enterprises with debts of the order of $250 million. But the businessman understood that all investments in factories would pay off to him and the state in the future. By the way, initially the plan of Alidjan Ibragimov in the government was very skeptical, but when he reached the President of the Republic of Kazakhstan, the matter immediately went into action. The president, like the Kazakh billionaire Alidjan Ibragimov, looked to the future and understood what steps should be taken to help the country. What was needed was a fresh approach, which Alidjan, along with business partners, presented with their plan on a silver platter.

In mid-1995, the aluminum plant came alive. The company has reached a decent level of production – 900,000 tons of alumina. Earlier in Kazakhstan, the indicators did not exceed 700,000. When the government realized that the businessman’s methods were effective, they immediately handed over the reins of the second project – the Aksu Ferroalloy Plant (a branch of Kazchrome Transnational Company), which he also helped out of the crisis.