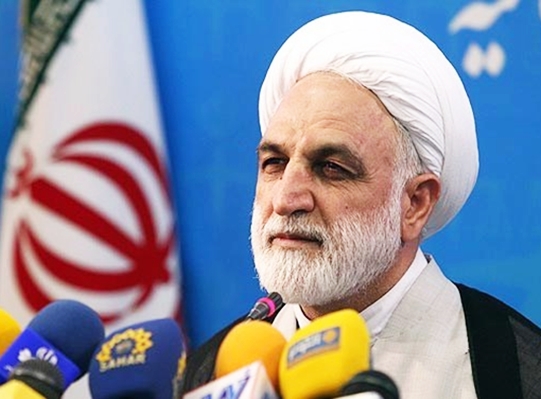 The Iranian Judiciary spokesman says lawsuits filed against the country’s former president, Mahmoud Ahmadinejad, and his vice president, Hamid Baqaei, with regard to administrative violations are open and no final verdicts have been still given on them.

Speaking to reporters on Sunday, Gholam Hossein Mohseni-Ejei said the lawsuits were filed against Ahmadinejad in the capacity of president and have not yet led to the delivery of a verdict.

Asked whether a court would be determined to probe Ahmadinejad’s case in the current Iranian calendar year, Mohseni-Ejei said he could not comment on this issue as long as a hearing has not been scheduled.

A number of lawsuits have been filed with Iran’s judicial officials after Ahmadinejad’s term in office concluded among which cases of malfeasance are more prominent.

Out of major cases filed against the former president are three complaints by the Iranian Parliament’s Article 90 Commission.

The commission filed lawsuits against the former administration, which included failure to set up the merged Ministry of Sport and Youth and name its minister on time, refusal to submit the articles of association of the National Iranian Oil Company and failing to allocate the necessary budget to the Tehran subway.

A court hearing for seeing into complaints filed against Ahmadinejad has been postponed on several occasions.

Mohseni-Ejei further pointed to lawsuits against Baqaei and said his “case is pending and under investigation.”

The Judiciary spokesman added that Baqaei’s “innocence or guilt has not been definitively established,” rejecting Baqaei’s claim that he had been acquitted by the court and an apology was made to him.

On Wednesday, Ahmadinejad, Iran’s former two-time president starting in 2005, registered to take part in the 12th round of Iran’s presidential election.

Ahmadinejad was accompanying Baqaei, who also went through the registration process. He has already thrown his weight behind his former aide.